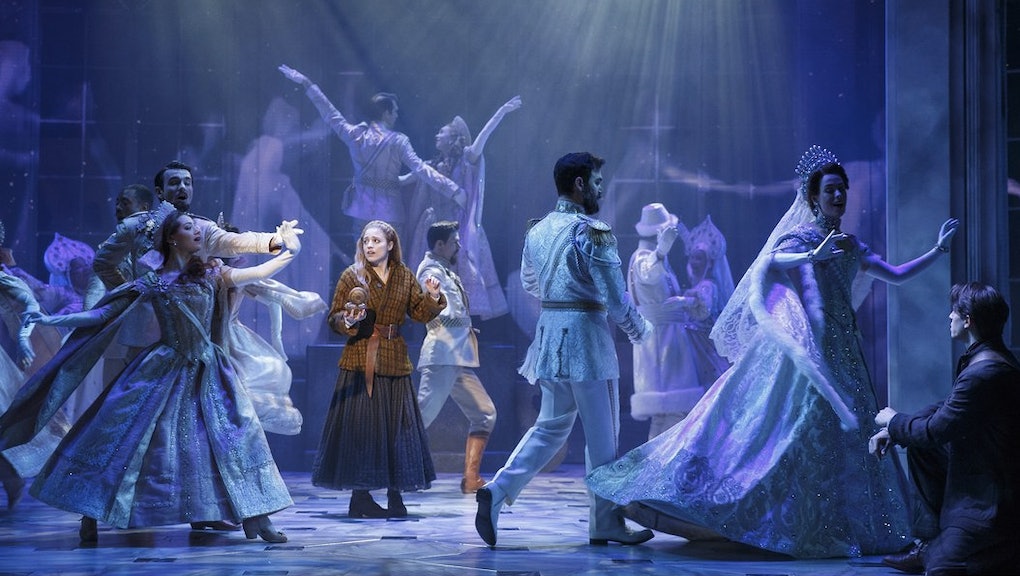 'Anastasia' Broadway Tickets: Tips and tricks to getting good seats to the new musical

Broadway's new musical, Anastasia, played its first preview performance on March 23. Fans of the 1997 animated film that starred Meg Ryan and John Cusack have been waiting for its Broadway transfer since its 2016 summer run at Connecticut's Hartford Stage.

Written by Tony Award winners Lynn Ahrens and Stephen Flaherty, Anastasia follows a young woman with a mysterious past who sets out to discover who she really is. By unlocking the secrets of her childhood, she hopes to discover her future with the help of a con man and former aristocrat. But a Soviet officer is determined to stop her.

Anastasia has had strong advance sales and released a new block of tickets through Jan. 7, 2018. So how can audience members take a "journey to the past"? Tips on snagging tickets to one of the season's hot shows are below.

Despite being set in 1920s Paris, Anastasia has opted for the modern version of a ticket lottery. Theatergoers can enter online at for $42 tickets to each performance available. The lottery opens at midnight for the following day's performance.  For matinee performances, the lottery closes at 9 a.m, and purchases must be made by 11 a.m.  For evening performances, the lottery closes at 2 p.m., and purchases must be made by 4 p.m. Purchase must be completed online by credit card only, with one entry per person, and lottery winners will be notified via email immediately following the lottery.

Depending on availability, tickets to Anastasia might be available at the Tkts booths. Offering day-of tickets for discounted prices, the booths are located in Duffy Square at 47th Street and Broadway, Lincoln Center, South Street Seaport and Downtown Brooklyn.

Members of Audience Rewards, "the official rewards program of Broadway and the arts," will be able to buy tickets and earn Audience Rewards bonus showpoints beginning March 31. They have to act quickly: This option is only available through April 4 at 9:59 a.m. Eastern.