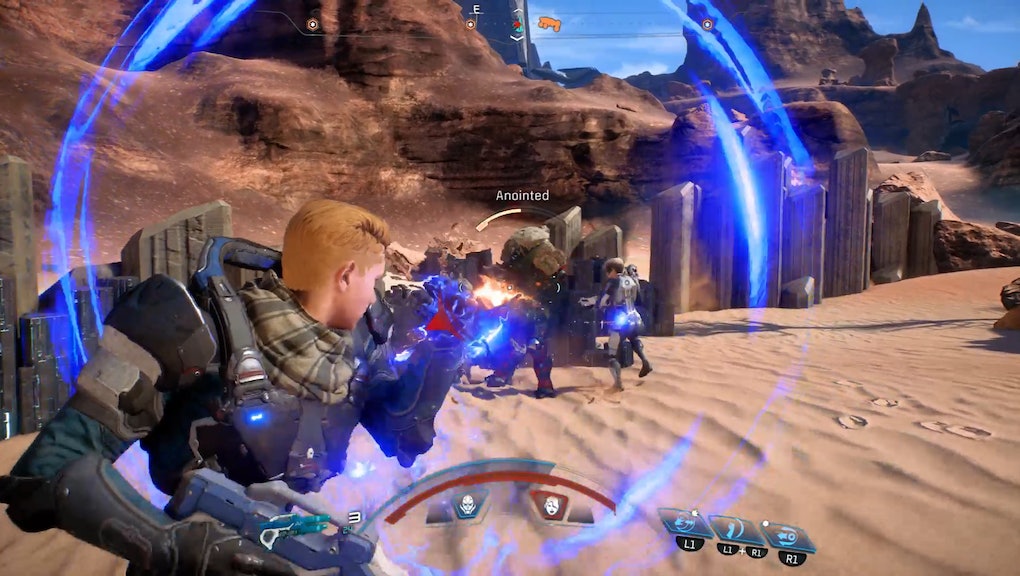 How to Mod Weapons in 'Mass Effect: Andromeda': Quick guide to modding and augmenting

Feeling overwhelmed by the weapon mods and augmentations system in Mass Effect: Andromeda?  There are a lot of moving parts to keep track of, but it pays to know what you're doing.

It's all very confusing. Let's break it down.

How to mod weapons in Mass Effect: Andromeda

If all you want to do is equip a mod for a weapon you already have, you'll have to visit a loadout station. You can't equip mods on-the-fly; it's the same for equipping weapons and armor.

Luckily, loadout stations are pretty easy to find. There's one aboard the Tempest, in the small room to the left of the galaxy map. You can also access the loadout menu from forward stations, the blue-and-white pods scattered throughout the open-world planets.

To equip a mod from a loadout station, tap the corresponding button — square on PS4 — while hovering over an equipped weapon you want to mod. Select the slot into which you want to place the mod and pick the mod you want to equip. If there's a green checkmark beside a mod, it means it's already equipped on one of your weapons. Selecting it will remove it from its existing home and place it on your current weapon.

Now, that's not the only way to modify your equipment. You can also add augmentations while you're crafting, which is another process entirely.

How to use augmentations on armor and equipment in Mass Effect: Andromeda

Unlike mods, augmentations are permanent additions you add while crafting a weapon or piece of armor — and they can make a huge difference.

To start playing with augmentations, you'll need to visit a research station, which you can find in the Tempest and in the tech lab on the upper floor of the Nexus' docking bay.

Most augmentations are totally straightforward, but others will more fundamentally alter the way a weapon functions — like changing bullets into a sustained electricity beam, for example.

Bonus tip: You should craft using the tech lab on the Nexus — it's on the upper floor of the docking bay, if you weren't paying attention earlier. If you don't have enough resources to craft something, you can just pop down to the store on the floor below the lab, which has an extensive library of minerals, crafting materials and augmentations to choose from.