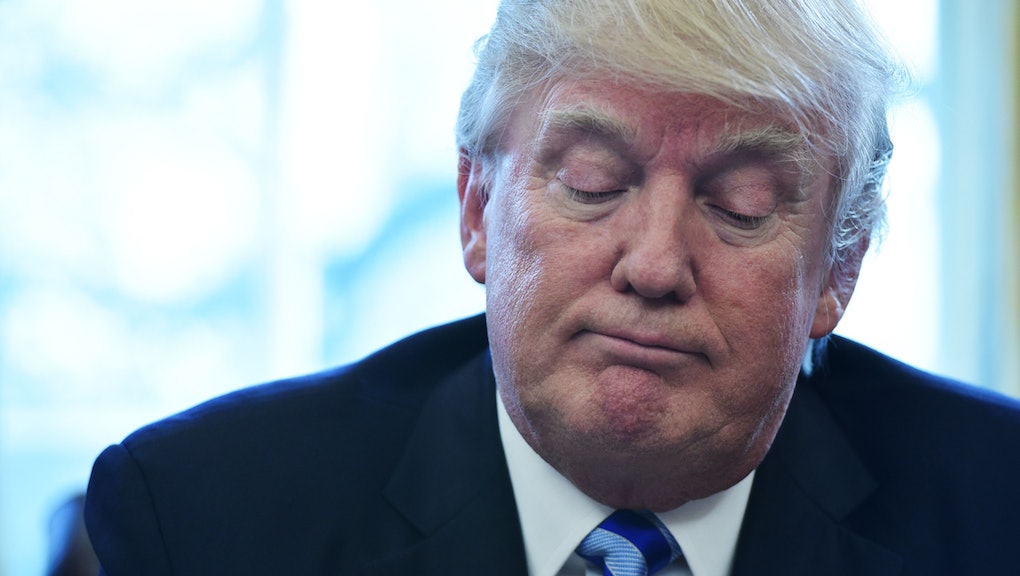 A recently resurfaced video of then-candidate Donald Trump shows him making a campaign promise that, only 66 days into his presidency, it's clear he isn't keeping.

"I don't ever think I'd see anything — I just wanna stay in the White House and work my ass off, make great deals, right?" he continued. "Who's gonna leave?"

Despite frequent campaign criticisms of former President Barack Obama's golfing, since his inauguration Trump has spent time golfing at Trump International Golf Club and Trump National Golf Course, both in Florida, in addition to visiting his Virginia golf course, according to CNN.

"On a couple of occasions he's actually conducted meetings there, he's had phone calls," Spicer said. "Just because he heads there doesn't mean that's what's happening."