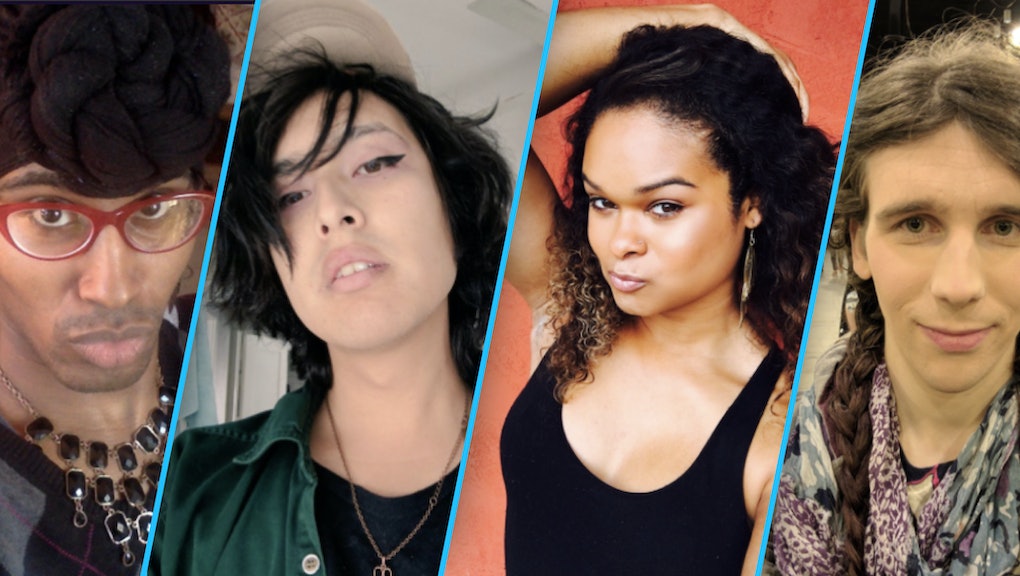 #TransGirlTwitter shows the beauty, diversity and sisterhood of the trans community

In March 2016, Raquel Willis tweeted out what her reaction would be if #TransGirlTwitter ever started trending on Twitter, with the assumption that it'd be all about celebrating transgender women from all corners of the world.

"My face if #TransGirlTwitter becomes a thing..." she wrote, posting a GIF of herself breaking out into a smile.

A little less than one year after Willis' intial tweet, and #TransGirlTwitter is going viral, with swarms of tweets from women who are proud to be who they are.

"When I first tweeted out about #TransGirlTwitter, I wanted to elevate trans women because we are often overlooked in the mainstream visibility and self-love hashtags that trend on Twitter," Willis said in an interview with Mic. "We often receive backlash when we assert our confidence, beauty and authenticity and I want this culture to shift. Trans women and femmes are beautiful and brilliant and we deserve to publicly display our love for ourselves. In fact, when we do this we are giving other folks permission to be their most authentic selves as well."

Willis was one of the first to chime in for the hashtag on Sunday, writing, "Some of my lovely sisters brought #TransGirlTwitter back out, so here I am."

And there were plenty of others like her too, with many posts tagged #TransGirlTwitter going viral on their own, showing a beautiful display of what it means — and looks like — to be transgender.

The hashtag itself has allowed these women to celebrate themselves, which feels especially important in a world that often tries to marginalize or erase their existence.

"Most times there's a tragic narrative that follows trans women," Willis said. "Often the only time that we are acknowledged is when one of our sisters are killed or some public figure says something misguided about our community. I want us to have the space to celebrate ourselves on our own terms."

With every retweet or like, the posts stand as a testament to the people who are part of this vibrant community, who are far more than a statistic.

After Willis' original tweet back in May 2016, there was a small spurt of #TransGirlTwitter posts, but this one has made a much bigger splash online. It also continues to do so, with more women chiming in by the hour.

Additionally, the emergence of #TransGirlTwitter has spawned #TransGuyTwitter, with people posting their own selfies over there too.

"The success of the hashtag makes me feel energized and hopeful," Willis said. "In the Trump Era, so many people are emboldened to threaten trans folks and question our existence. It's beautiful to see trans folks of all ages, colors and backgrounds pushing back against that hate. For a trans person to be open about their identity or to simply post a selfie puts our livelihoods on the line. It takes a great deal of vulnerability to do that. Through social media moments like this we witness our collective power."