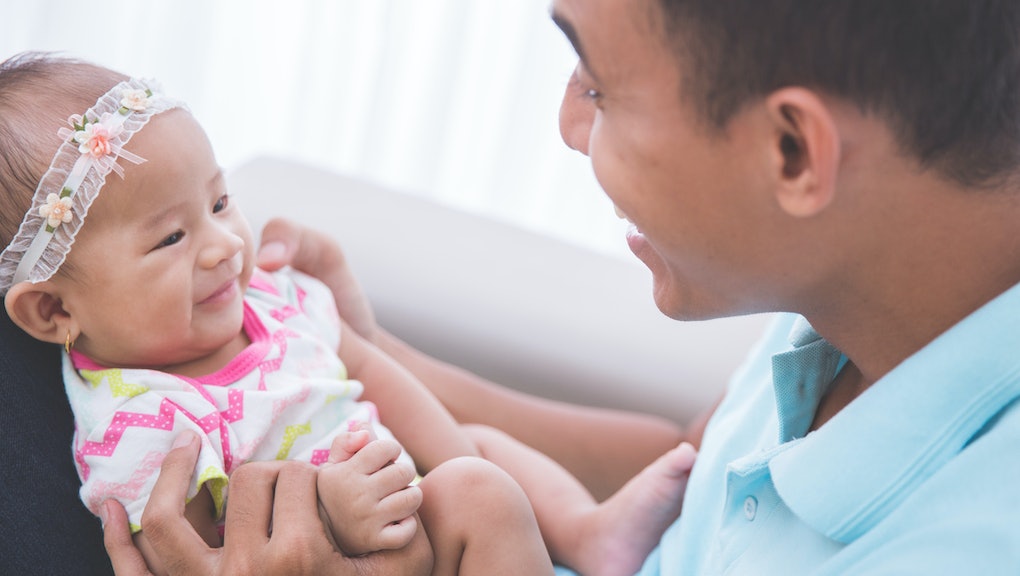 1 in 7 Americans still have backward ideas about parental leave

A new study from the Pew Research Center shows about 15% of Americans don't believe men should be allowed to take paternity leave — even if it's unpaid.

Older men are the most resistant to the idea of paternity leave, with 36% of them maintaining that fathers have no right to time off to care for newborns.

According to Pew's findings, these beliefs are largely linked to traditional views of who should be responsible for child care and which gender is the best at it. While 45% of Americans agree that men and women are equally suited to parent children, 53% still maintain that mothers are actually far better at caring for a new baby — which is both convenient for the kind of men who refer to caring for their own children as "babysitting" and hugely inconvenient for those who'd like to share their parental responsibilities with their partner.

The Trump administration seemed to count themselves among those who didn't believe in paternity leave when President Donald Trump announced his child care policy — heavily influenced by his daughter Ivanka Trump — in September.

While the plan sought to guarantee six weeks of paid maternity leave to women, it neglected to offer any equivalent for men. Ivanka Trump reportedly revised the policy earlier this month to include both dads and adoptive parents, but the initial legislation still raised questions about her limited views on parental leave.

As Mic previously reported, paternity leave is an important step toward a feminist future where women can continue to thrive in their professional lives after becoming mothers. What's more, paternity leave can help remove the fetters of gender expectations, allowing men to see themselves as having an equal role in child rearing.

"I think a lot of dads want to be heavily involved [with child care] and need to be involved but societal expectations haven't caught up," Jonas Downey, a graphic designer who took six weeks of parental leave for his second child, told Mic in June.

"If more dads had this opportunity we would realize the responsibilities of mother and father can be more fluid. It doesn't have to be strict gender roles."