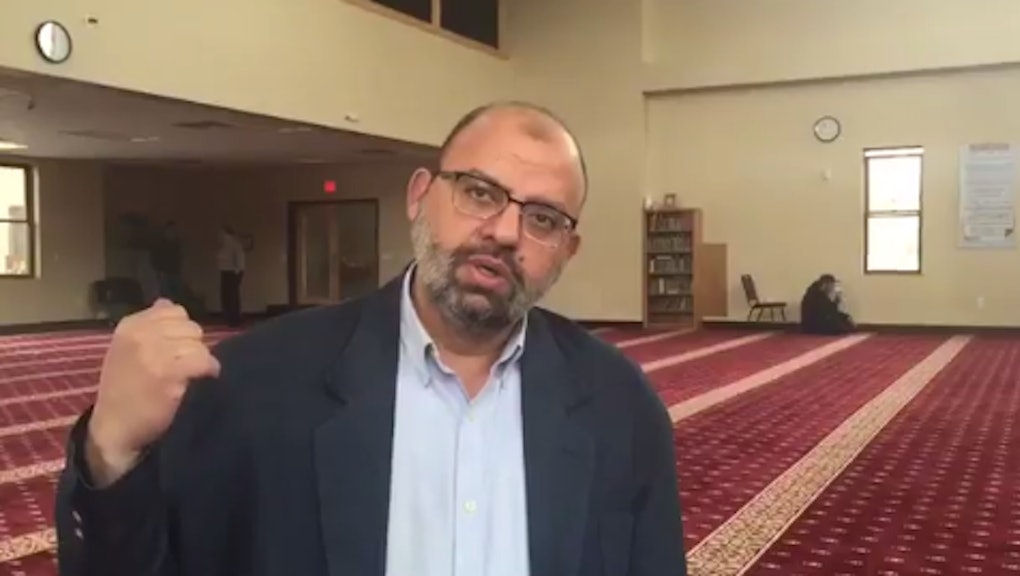 Police in Fort Collins, Colorado, are looking for a person caught on surveillance video throwing rocks and a Bible through the glass doors of a local mosque, the Denver Post reported.

The incident took place at roughly 4 a.m. Mountain on Sunday at the Islamic Center of Fort Collins, roughly a one-hour drive north of Denver.

"[We] would urge state and federal law enforcement authorities to investigate the possibility of a bias motive for this attack on a house of worship," Ibrahim Hooper, national communications director for the Council on American-Islamic Relations, said in a statement.

Sunday's act of vandalism comes at a time of heightened hostility against Muslims in the United States. In 2017, more than 33 American mosques have been vandalized in apparent bias-related incidents, according to CNN, putting 2017 on pace to eclipse the previous record of 78 set in 2015.

President Donald Trump and his administration have compounded the problem through their anti-Muslim rhetoric and polices. Trump signed two executive orders during his first two months in office restricting travel from numerous Muslim-majority countries.

"Islam hates us," Trump famously claimed during a CNN interview in March 2016.

Dozens of supporters gathered outside the mosque in Fort Collins on Sunday to show their support for the local Muslim community following the attack.

"The vandalism that occurred at the Islamic Center in Ft. Collins is unacceptable," Rep. Jared Polis (D-2nd Dist.), the U.S. congressman who represents Fort Collins, tweeted. "It's time for us to stand in unity. These acts must end."

The Islamic Center's director, Tawfik Aboellail, described the suspect as likely in his mid-20s and "strong." The young man reportedly tried to break into the mosque using a screwdriver and a brick before hoisting two large stones through the front door.