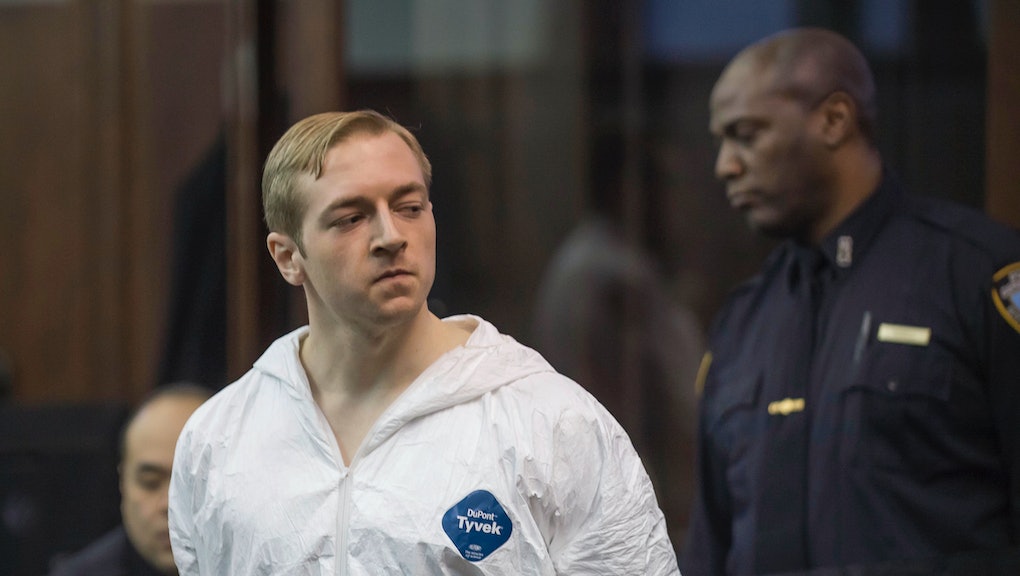 In an exclusive interview with the New York Daily News on Sunday, James Harris Jackson, 28, said he wished he'd murdered "a young thug" or a "successful older black man" instead of 66-year-old Timothy Caughman, who Jackson allegedly stabbed to death with an 18-inch blade on March 20.

"I didn't know he was elderly," Jackson, who reportedly chose his victim at random, said. He added that he would have preferred killing "a young thug" or "a successful older black man with blonds ... people you see in Midtown. These younger guys that put white girls on the wrong path."

Jackson traveled by bus from his home in Baltimore to New York City on March 17 with the intention of killing black men in order to deter white women from having interracial relationships with them, according to reports.

Police later said that Jackson intended March 20 to be "practice" for a larger attack against black men in Times Square, though the suspect turned himself in to the authorities voluntarily two days later.

Caughman, Jackson's black victim, was an avid autograph collector and former Neighborhood Youth Corps worker, where he helped low-income youth get job experience. Numerous media outlets — including the Daily News — came under fire after Caughman's death for reporting on his criminal record, which was in no way pertinent to why or how he was killed.

Jackson's violent hatred of black men and his fixation on black-white interracial relationships echoes a long history of domestic terrorism in the United States. White people lynched, shot and mutilated black people by the thousands between 1877 and 1950 — as well as for many years before and after. Many killed black men for perceived slights or advances toward white women.

"I have to do this because y'all are raping our women and taking over the world," Dylann Roof — a white supremacist who murdered nine black parishioners at a church in Charleston, South Carolina, in 2015 — reportedly told one of his victims before killing him.

Jackson was charged with second-degree murder as a hate crime, and is being held without bail.