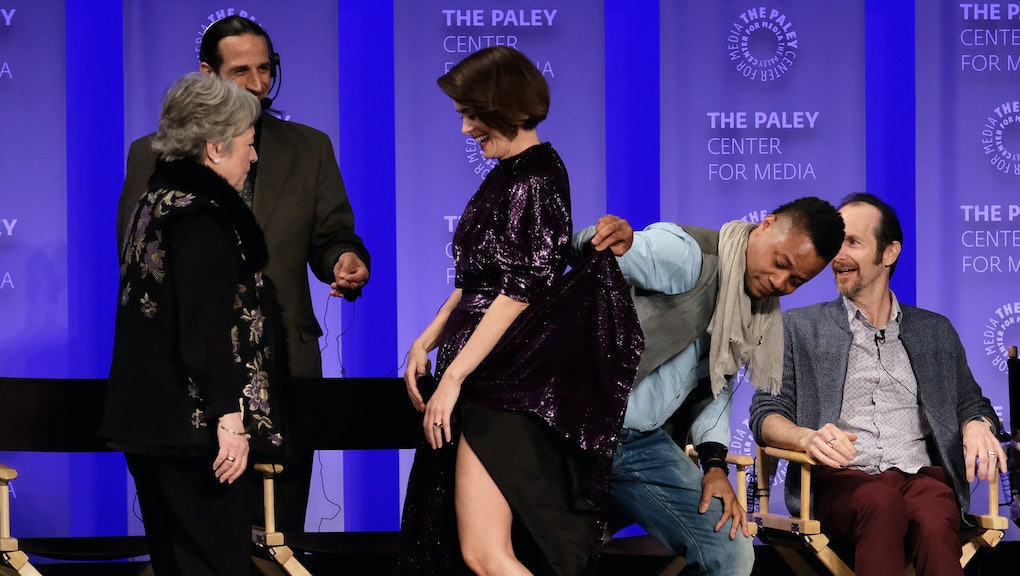 Cuba Gooding, Jr. did an inexplicably inappropriate thing over the weekend: He lifted up Sarah Paulson's skirt while onstage at PaleyFest in Los Angeles, taking a peak underneath for no discernible reason at all.

During American Horror Story's panel discussion on Sunday, Paulson got up from her seat to welcome costar Kathy Bates. Gooding Jr. took that opportunity to grab the hem of Paulson's dress, ostensibly angling to get a better look at what was going on under there.

Paulson laughed off Gooding's behavior, even as she scrambled to cover her now-exposed legs. But Twitter wasn't chuckling at all.

It's not the first time Gooding Jr. has made a show of disrespecting women. In 2012, he reportedly groped three women in a New Mexico bar while posing for photos. One woman told Jezebel he "grab[bed] butt cheeks" and "when women reacted negatively to that," he touched their breasts or replied with confessions of love.

Gooding Jr. told TMZ the accusations were "bulls**t," but the photo evidence lives on at Jezebel.

The actor has yet to comment on his PaleyFest behavior, but based on the photos and the steel-trap nature of the internet's memory, it would be hard for him to explain his way out of it.