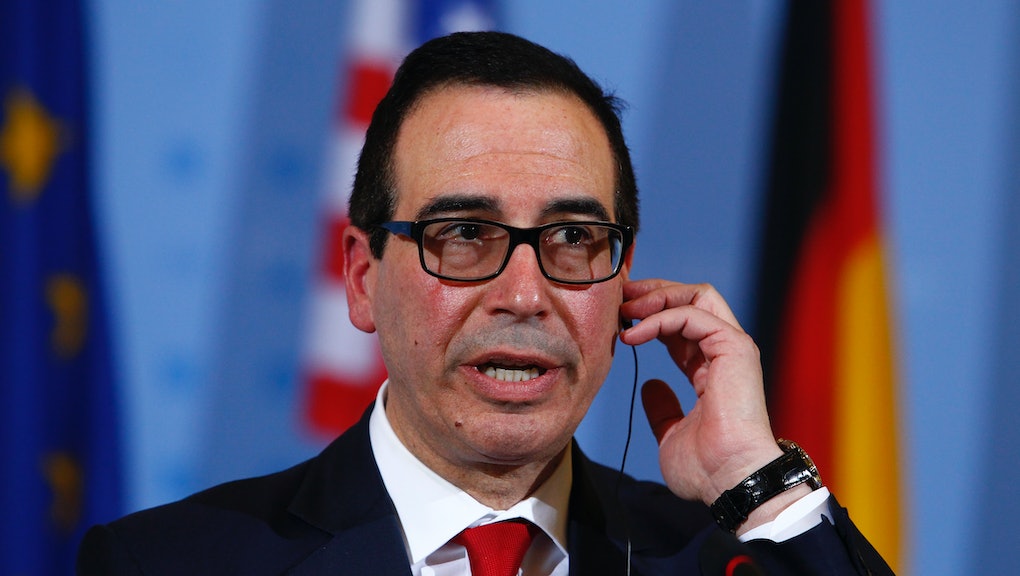 Once again, a member of President Donald Trump's administration is in hot water over potentially unethical conduct.

Sen. Ron Wyden (D-Ore.) sent a letter to the director of the Office of Government Ethics alleging that Treasury Secretary Steve Mnuchin may have violated an ethics agreement that prohibits him from promoting his own business interests.

Wyden said the alleged violation came during an interview with Mike Allen, a co-founder of the start-up news website Axios, when Mnuchin plugged The Lego Batman Movie. The movie is being produced by Mnuchin's company, Ratpac-Dune Entertainment.

"I'm not allowed to promote anything that I'm involved in," Mnuchin said during a live interview with Allen on Friday, according to the letter. "So I just want to have the legal disclosure, you've asked me the question and I am not promoting any product. But you should all send your kids to Lego Batman."

Wyden said he's "concerned" that Mnuchin's mention of the movie violated an ethics agreement the secretary signed when he began the Treasury's vetting process, which required he not "participate personally and substantially in any particular matter that to my knowledge has a direct and predictable effect on the financial interests of the entity."

Mnuchin's comments about the movie, the senator said, also possibly violated an ethics rule that prohibits government employees from using their office to endorse or promote products, services or enterprises.

Conway was never disciplined for her comments, after the White House said she acted "without nefarious motive."