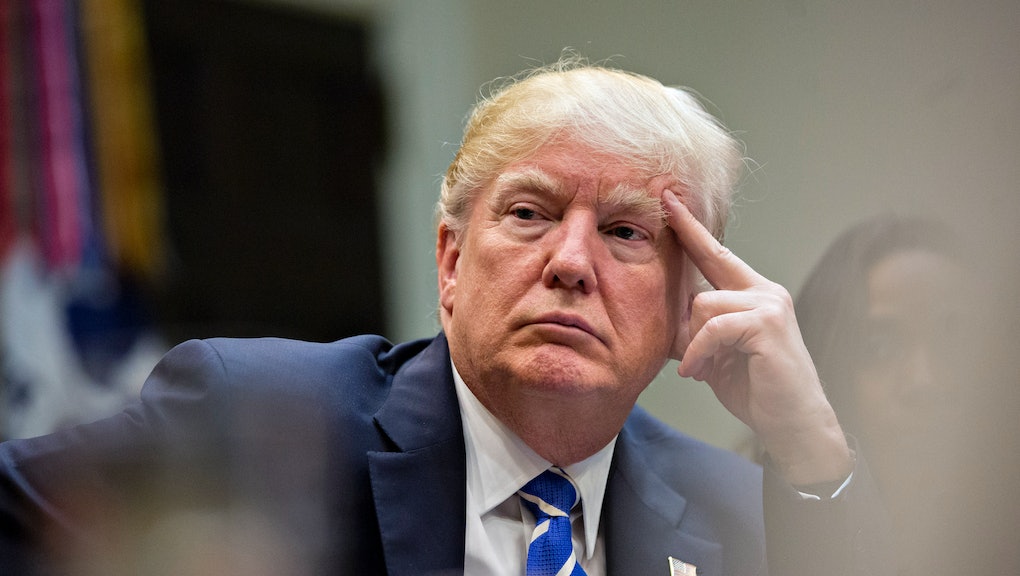 President Donald Trump may be in the infancy of his presidency, but his current approval rating already looks like that of a battle-worn commander-in-chief.

The latest Gallup poll has Trump's overall approval rating at 36%, lower than those of both Bill Clinton and Barack Obama at their absolute lowest points. Trump saw his approval drop after the disastrous end of the American Health Care Act, an attempt to unravel the Affordable Care Act.

The Freedom Caucus, a right-wing coalition within the GOP, torpedoed the bill's chances and cast further doubt on Trump's ability to deliver on his biggest campaign promises.

Trump's inability to deliver on the campaign promise to "repeal and replace Obamacare," the popular moniker for the Affordable Care Act, marked a particularly harsh defeat for a president whose party controls both chambers of Congress.

The stunning last-minute pull of the bill by House Speaker Paul Ryan (R-Wisc.) had a quick economic impact as investor faith tumbled.

It was a clear sign that the financial sector is losing faith that the president's promised tax overhaul could become a reality at all, despite tax cuts being a traditional expectation of GOP administrations.

Despite the uncertainty, Trump is expected to begin plotting his complicated tax overhaul with the GOP this week.