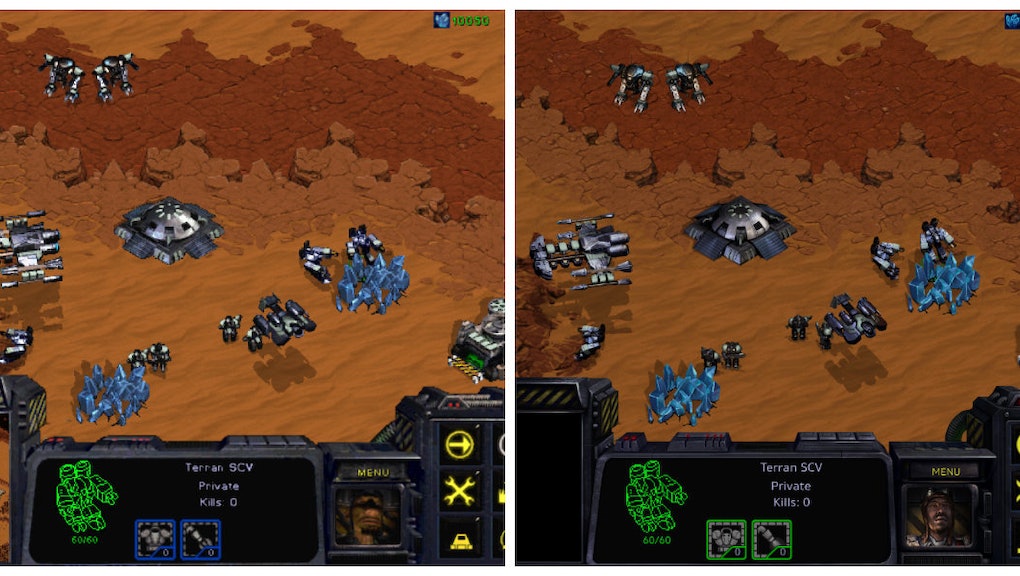 'StarCraft Remastered': See how the remaster compares to the original in 6 screenshots

The original StarCraft is making a comeback, but this time around, it's going to look, sound and perform a heck of a lot better.

Blizzard just announced StarCraft: Remastered, a collection of the original StarCraft and its expansion, Brood War, for PC and Mac. Blizzard hasn't announced a price or a release date yet, but there is a pretty sweet new trailer that shows off what it'll look like.

In celebration of the remaster, the original StarCraft — pixels and all — will be free to download from Blizzard's site sometime later in the week.

Here's the full announcement trailer that illustrates what StarCraft Remastered looks like with the jump to 4K resolution and support for widescreen displays. It looks like Blizzard is trying to preserve the original colors and art direction, but just clean everything up a bit and bring it up to snuff.

The trailer whips past those comparison shots of the old and new versions of StarCraft pretty quickly, so we've broken everything down into some screenshots that you can use to really get a feel for how it's been updated.

Here's a screenshot of some Zerg in the original.

And here's a similar shot in the update.

Here's a shot of a Terran base in the original.

And, finally, here's a pixelated-looking Protoss base from StarCraft.

Here's what that same base will look like when StarCraft: Remastered comes out later this year.