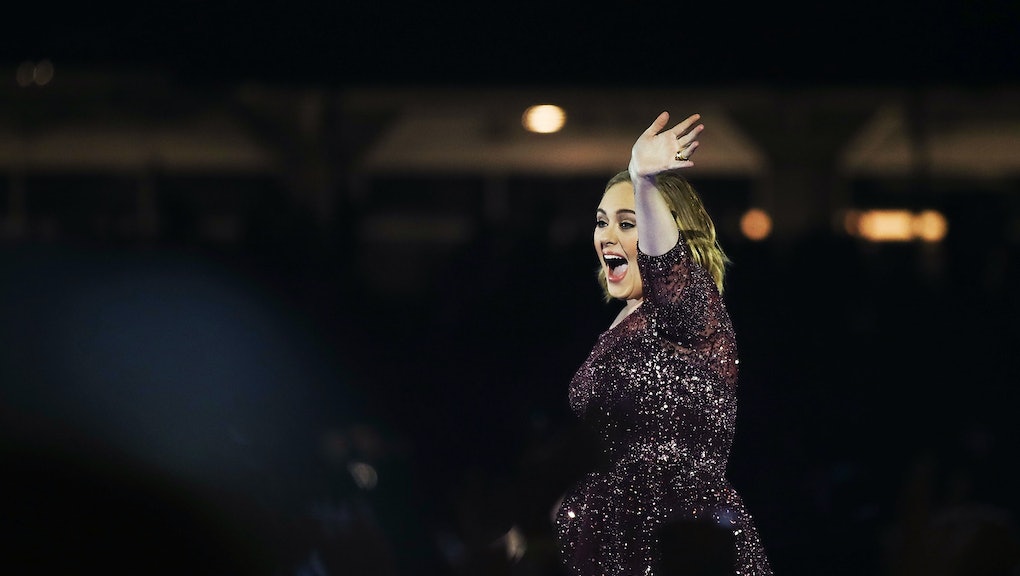 Adele may never tour again and we're not emotionally prepared to handle this devastating news.

As the singer continues her world tour, she made a stop in Auckland, New Zealand, on Sunday. In between songs, Adele took the opportunity to chat with the audience and revealed some surprising information. This may be her last tour ever. Cue the tears.

"Touring isn't something I'm good at — applause makes me feel a bit vulnerable. I don't know if I will ever tour again. The only reason I've toured is you," the singer said to the audience.

After this shocking reveal, she told the audience that her greatest accomplishment in her career is touring. Touring makes her uncomfortable, she said, but she keeps going for her fans.

This big announcement comes just months before the final four shows of her tour in London. They last shows are called "The Finale" and she's slated to perform them at Wembley Stadium on June 28 and 29 and July 1 and 2.

If what she admitted is true, those four final shows could really be her grand finale.