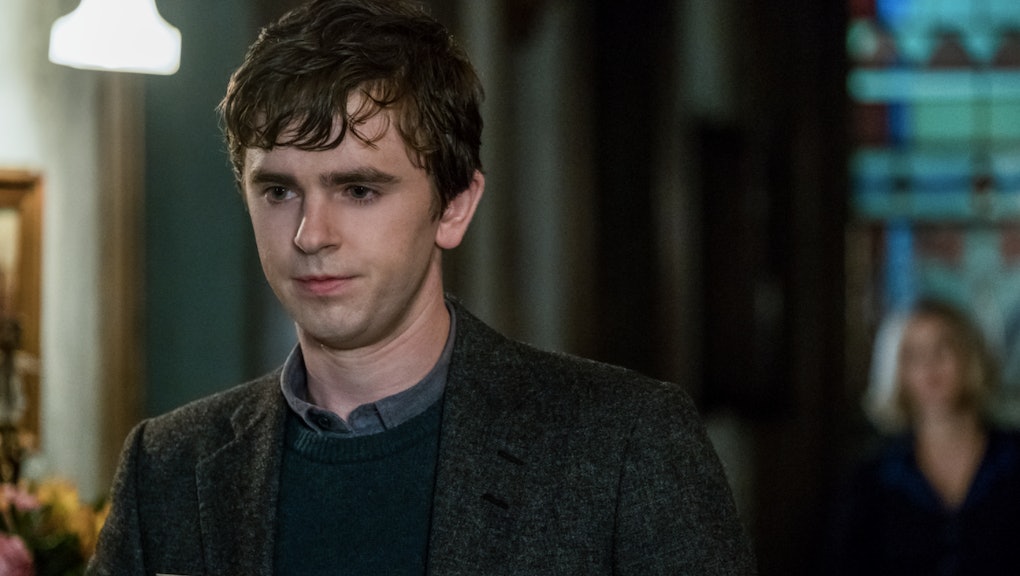 Bates Motel is a prequel to Alfred Hitchcock's Psycho, so the TV show and the movie were bound to collide at some point. They did just that during episode six when the famous shower scene played out on screen. However, it didn't exactly mirror the original scene from 1960.

In Psycho, a motel guest named Marion Crane is killed in her room while she's showering. A shadowy figure pulls back the curtain and repeatedly stabs her until she collapses. The back of the assailant — who appears to be a woman — runs off before viewers can see their face.

When Bates Motel introduced Rihanna as Marion Crane, fans expected Rihanna's character to meet the same fate. The series switched it up though, and the results couldn't have been better. While Marion does take a shower in the motel room, Norman spares her life. He even helps her pack her bags and gives her advice about how to run off with the money she stole. Of course, mother isn't happy. But mother eventually gets what she wants when Sam Loomis enters Marion's abandoned room.

The importance of the Bates Motel shower scene

Marion survives her stay at the Bates Motel, but her lying boyfriend doesn't make out as well. Sam Loomis ends up being the victim in the shower scene and his death actually plays an important role moving forward.

Bates Motel producer Kerry Ehrin revealed in her blog post for Entertainment Weekly that Sam Loomis becomes a placeholder for Norman's dead father, Sam Bates. After mother helps Norman remember some of the horrors from his childhood, Norman takes out his anger at his dead father on Sam Loomis. And while Norman struggles to fight his hallucinations all episode, Sam becomes his "first murder of clarity." According to Ehrin, that's why viewers don't see Norman dressed as his mother, like the scene in Psycho.

"We traded out the Psycho line of 'Mother, what have you done?' with Norman realizing he has committed murder for the first time, and being horrified."

If viewers were paying attention, they would have caught that Norman says: "Mother, what have I done?"

It's safe to say that Norman will continue unraveling as the fifth and final season progresses. A preview for episode seven of Bates Motel shows Madeleine Loomis going to the motel to search for her husband. It's there that she'll run into Dylan, who is desperate to confront Norman about their mother's death.