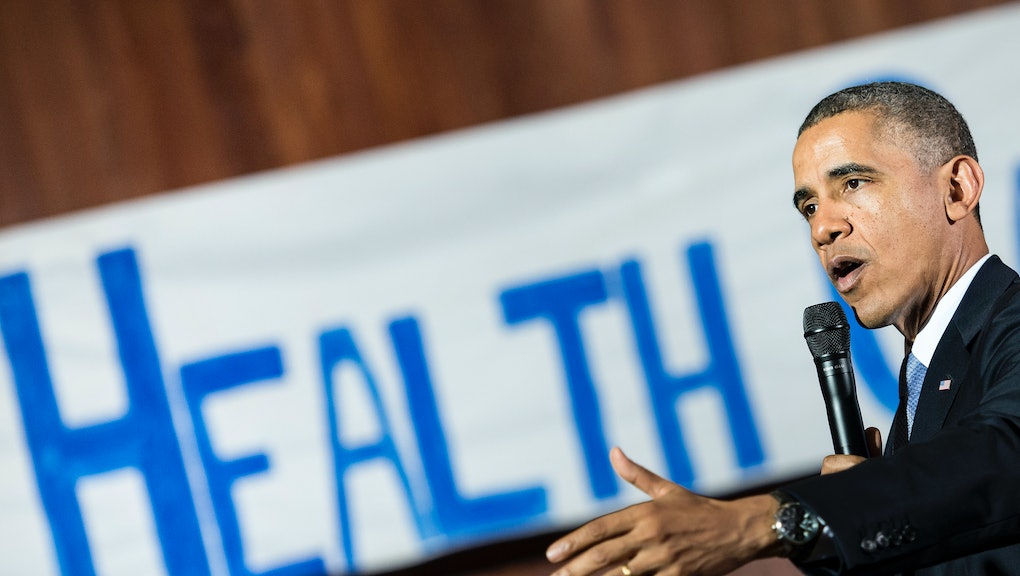 Obamacare wasn't repealed, but here's what to know about the ongoing fight against the ACA

The proposed Republican plan to replace the Affordable Care Act — which the GOP has bitterly opposed since former President Barack Obama signed it into law in 2010 — was killed on Friday after President Donald Trump and House Speaker Paul Ryan failed to drum up enough party support for the bill.

Ryan, one of the architects behind the failed American Health Care Act, and Trump, who sold himself to voters as a great dealmaker, suffered an embarrassing legislative defeat when they failed to build a bridge between conservative and moderate Republicans. Now, the embattled administration will switch its focus to tax reform.

But according to Ryan, Republicans aren't giving up on their fight to repeal and replace the ACA.

In a conference call with donors after pulling the AHCA, Ryan said that health care reform was not dead and that a new bill is being drafted.

"We're not going to just all of a sudden abandon health care and move on to the rest," Ryan said on the call, according to the Washington Post. "We are going to move on with rest of our agenda, keep that on track, while we work the health care problem. ... It's just that valuable, that important."

On Monday, White House press secretary Sean Spicer said the administration is "not saying it's the end of health care" — and on Twitter that evening, Trump vowed Democrats would make a deal on health care "as soon as Obamacare folds."

What's next for Republicans on health care reform?

Ryan did not offer details on the new ACA replacement plan he said Republicans were drafting in the wake of the AHCA's stunning failure.

But Republicans can still work to undermine the ACA in an attempt to fulfill Trump's prediction that it will "explode" in the hopes that a new plan will be created in its wake.

Trump has already signed an executive order to weaken the ACA, and could further dismantle Obama's signature health care legislation by attacking specific parts of it, such as Medicaid and requirements for what health insurance companies must cover. The administration can also deal a significant blow to the ACA this spring if it effectively halts subsidies for the its cost sharing reductions, which help low-income people pay out-of-pocket costs; doing so could result in premium hikes of 10-12%, according to the New York Times.

The date to keep in mind is June 21. That's when insurance companies have to make their rate filings to sell insurance in federally operated marketplaces in 2018. As the Times pointed out, the filings will give a sense of what the marketplaces will look like in 2018. If the administration does not support the ACA and leaves its future vague, it could move insurers to leave the marketplace, imperiling the law.

Supporters of the ACA celebrated a victory as it survived the GOP's latest assault on the bill. But it's a victory Vice President Mike Pence vowed "won't last very long" as Republicans seek to sabotage the ACA and cast the blame on the Democrats.