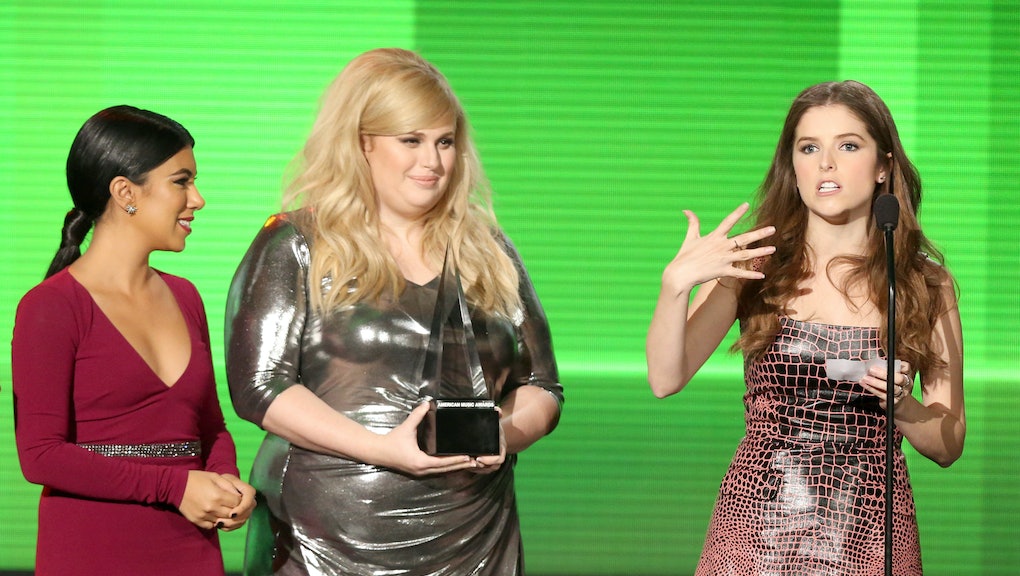 Grab your pitch pipes and get ready to do some vocal warm-ups, because Pitch Perfect 3 is on its way.

Pitch Perfect 3 is set to hit theaters on Dec. 22 and we're not sure we can wait that long to see the Bellas again. While no trailer has been released from the film and there aren't any official set photos, the cast and their social media accounts have kept us in the loop.

It looks like the cast has been having a blast while filming. From group pictures to silly Instagram videos to teasing us with amazing outfits, the girls are having an aca-amazing time:

It also appears a roller skating scene was filmed, which we're hoping is an ode to Jessica Simpson's "A Public Affair" music video:

We're also expecting a lot of cameos for the third installment in the hugely successful musical franchise.

It has been confirmed that DJ Khaled will be making a cameo in the film. He teased his appearance on Instagram with a few videos and pictures. There aren't any specifics to his role, but we're sure it'll be something special.

For Pitch Perfect 3, all your favorites are back. Anna Kendrick, Rebel Wilson, Elizabeth Banks, Hailee Steinfeld, Anna Camp and Brittany Snow have all returned. John Lithgow, Ruby Rose and Trinidad James have joined the film as well.

Trish Sie is directing, with a script by Kay Cannon, who wrote the first and second films.