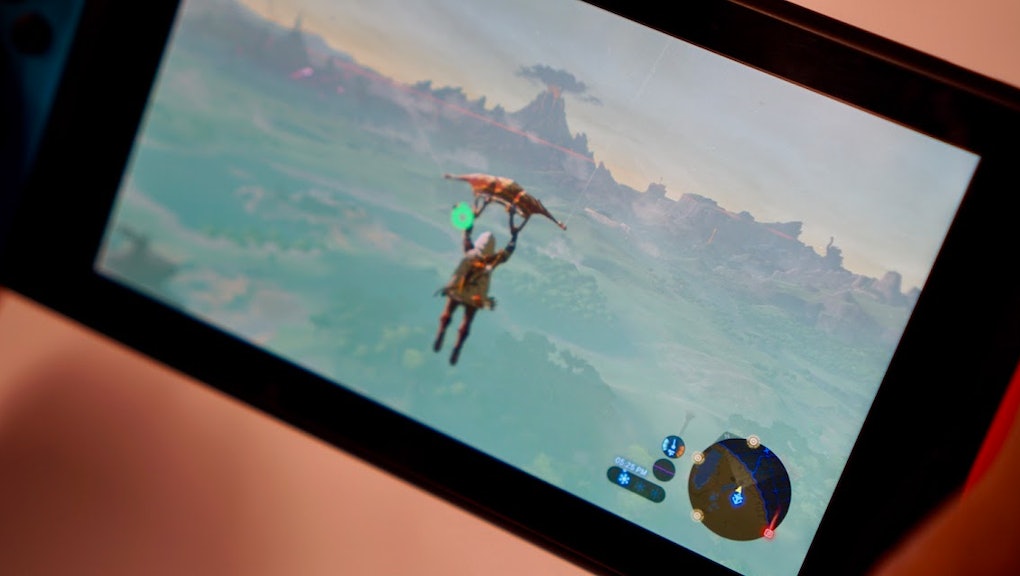 How to snowboard in 'Breath of the Wild': The best 'Zelda' surf shielding videos online

People of a certain age will remember the golden era of extreme sports games. Tony Hawk's Pro Skater and SSX were wonderful in the early and mid 2000s. Sadly, they don't really get made anymore. No, that one doesn't count. Thankfully, you can scratch your virtual snowboarding itch in The Legend of Zelda: Breath of the Wild instead.

Breath of the Wild seemingly lets you do anything. That includes hitting the slopes for a little snowboarding — it's more like shield surfing to be honest, but it gets the job done. Once you've figured out the basics, check out these videos to see some of the craziest extreme sports moments players have pulled off in the latest Zelda game.

To shield surf, all you have to do is hold the left trigger, jump and press A in mid-air. It takes some getting used to, but thankfully you're never required to do it. It's just a goofy, fun way to get around parts of Hyrule. While you're shield surfing, you can press X to do a little spin move as a trick. You won't rack up points and combo multipliers, though.

GameSpot made a pretty good Zelda extreme sports video showing off shield surfing before the game came out.

It obviously works best on snow, but you can do it anywhere. Different weather conditions will affect your shield surfing ability, which is nuts. For example, it's easier to surf down a wooden bridge when it's raining.

I learned that from a Reddit challenge to surf down the extremely narrow, perilous wooden bridge that connects Tingel Island and Ankel Island on the far eastern side of Hyrule. There are more than 200 comments in that thread, with many of them showcasing each user's attempt to surf down that dang bridge. Watch LyingTuna try, fail, try again, fail again and eventually succeed with the help of some rain.

Shield surfing is fun and you can even win some minor prizes by taking Selmie's challenge to the northwest of Hebra Peak. It won't necessarily help you defeat any bosses or finish dungeons, but sometimes you just want to have a good time.