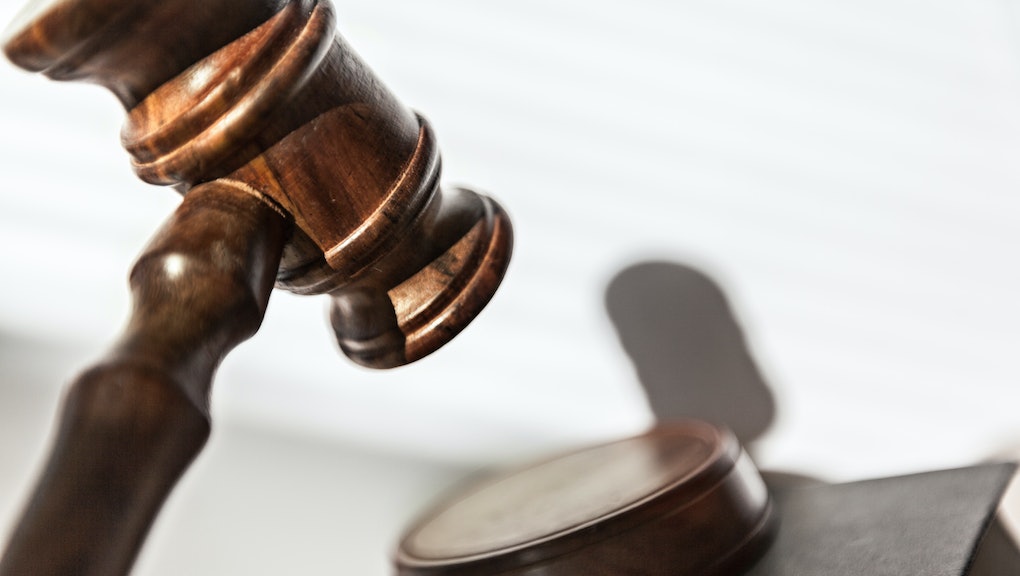 An Italian judge apparently does not believe that "no" necessarily means "no."

According to the BBC, a court in Turin tossed out a rape case because, while the victim told the attacker "enough," she had not "betrayed the emotion that a violation of her person had to inspire in her," the judge reasoned. She did not scream, and therefore, he ruled, the rape had probably never happened in the first place.

The victim, a hospital worker whose father reportedly abused her when she was a child, testified that, in 2011, the accused told her he would stop giving her work if she refused him. Still, as Italian news agency ANSA reported, she told him to stop.

"Sometimes saying 'no' is enough, but maybe I did not use the force and violence that in reality I should have used, but that is because with people who are too strong, I just freeze," the victim explained, according to the BBC.

Instead of justice, the court case ended with the woman receiving slander charges. Understandably, the decision has attracted criticism, even within Italy's government — and now, the country's justice minister, Andrea Orlando, will investigate.

But as the Washington Post reported, Italian courts have bungled rape cases in the past. In 1999, an appeals court tossed out a rape conviction on the grounds that the victim was wearing jeans that were so tight they couldn't possibly have been removed in the course of car sex if the victim had truly been resisting "with all her force."

That logic isn't at all unfamiliar in the United States, either. Indeed, our current vice president — Mike Pence — once worked to redefine rape as a means of restricting abortion access. In 2011, Pence proposed funding abortions only in instances where "forcible rape" occurred. And in 2012, Missouri legislator Todd Aiken introduced a similar concept, musing that, "If it's legitimate rape, the female body has ways to try to shut the whole thing down."

Which is all to say: It's not rape unless the woman is actively struggling against someone forcing her into intercourse.

But there's statutory rape; and, of course, date rape drugs exist; and then there's the simple fact that a verbalized "no" means sex is by definition nonconsensual. Perhaps it's time Italy — and the U.S. — considered "yes means yes" legislation.