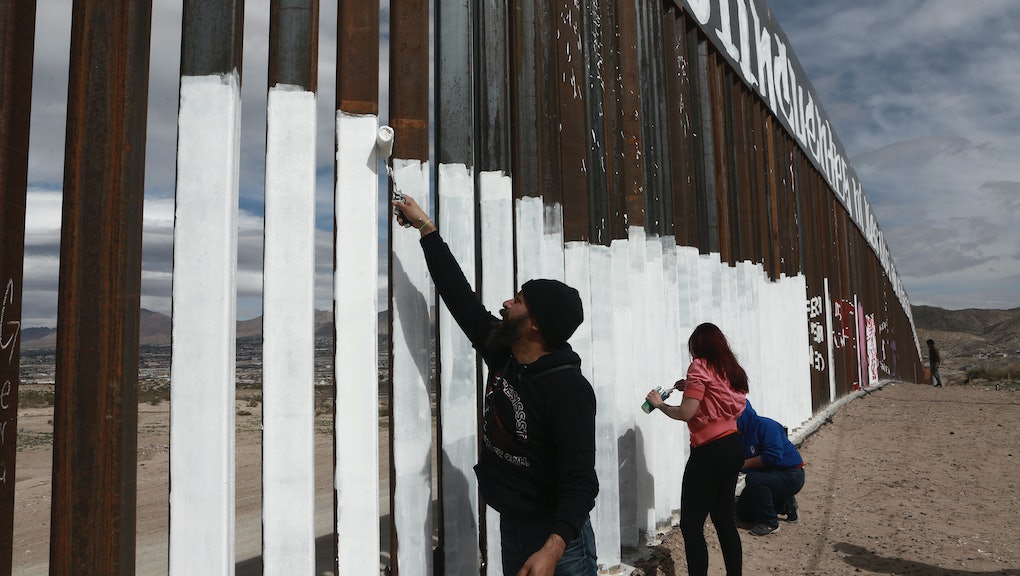 President Donald Trump is set to ask for $1 billion to fund the first stage of his border wall, a chunk of change that will cover just 48 miles of new wall, CNN reported Tuesday.

The 48 new miles of border wall is a chunk so small it would just cover the length of Rhode Island — the smallest of the 50 states. Another chunk of the requested $1 billion is to repair 14 existing miles of border fencing.