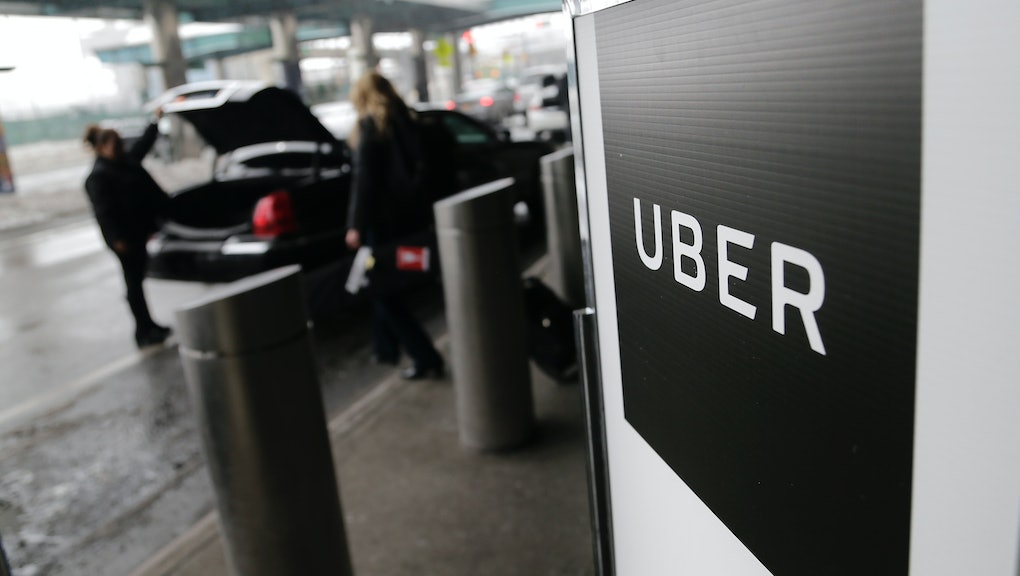 After a period marred by reports of abuse and other PR disasters, Uber released its first diversity report on Tuesday. The numbers of nonwhite, nonmale employees are on par with its peers — that is, equally abysmal.

To its credit, Uber does beat out Facebook and Apple when it comes to female representation, though men are still the dominant demographic.

The predominantly white and male company also included in its report a breakdown of its employee resource groups, or ERGs. "These groups are working on exciting new ways to improve our culture," the report read — a culture currently under fire (and in the midst of an investigation) for allegations of workplace harassment.

The diversity report is making waves, but not because of its data. On Twitter, people were quick to point out some of the tone-deaf language and names used to identify minority groups in the ERGs — like UberHUE, the group for black employees, and Shalom, a group for Jews.

Or "Jewbers," as they're called.

These nicknames aren't necessarily reflective of a group's conversations or objectives, an Uber representative said in a phone call. They pointed out that lighthearted nicknames are a practice upheld throughout Silicon Valley. Jewish and gay employees of Google refer to themselves as Jewglers and Gayglers, for example.

The tongue-in-cheek branding of these marginalized groups signals an underlying issue at the company: the inability to demonstrate that it's taking its diversity and inclusion efforts seriously.

Releasing diversity reports is important — it allows the public to hold companies accountable when they pay the community lip service about taking steps toward hiring fewer white dudes. But these reports often reflect a culture absent of any meaningful change, as Uber has shown over and over again.