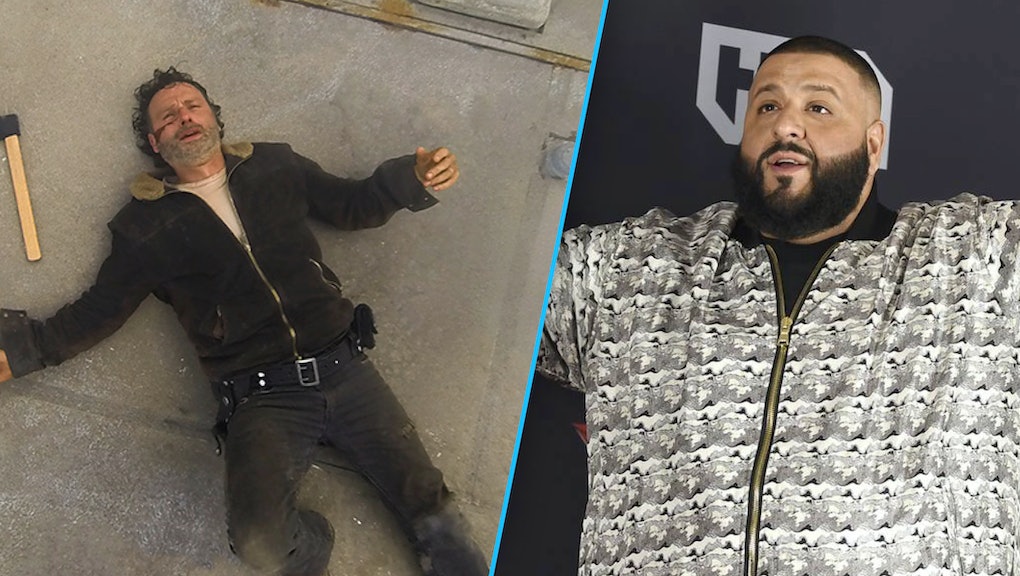 It's clear that The Walking Dead's season seven finale won't be the last fans see of Negan. The simplest reason is that we already know Jeffrey Dean Morgan is coming back for season eight, but we shouldn't ignore the storyline, either. There are still a lot of moving pieces that ought to be resolved before the Saviors clash with Alexandria, so chances are we won't be getting a full episode dedicated to their showdown.

However, The Walking Dead should also take some time during episode 16 to introduce the Whisperers, the next big threat against Rick and the group after Negan is defeated. Why? To quote modern-day philosopher DJ Khaled: Congratulations AMC, you played yourself.

You have to go back to October, before the show's seventh season premiered and fans were finally given an answer to the frustrating cliffhanger on who Negan killed with his barbed wire-covered baseball bat. Prior to the premiere, The Walking Dead's Instagram account posted a photo that teased the Whisperers by referencing one of their big moments from the comics, along with one of their lines: "You've been warned."

As io9 wrote when the photo was posted, it came at "admittedly a bizarre time" because Negan had only just been introduced; in the comics, we don't meet the Whisperers until Negan's defeated and there's a brief time jump. Yet this photo was posted — and no, it wasn't some behind-the-scenes screw-up. The photo and corresponding caption are still live.

As a result, The Walking Dead put themselves in a corner. By teasing the Whisperers so early, they need to provide some type of payoff for building up considerable hype among the comic book TV watchers for a villain that's not yet the main threat. If they don't, it might be the worst instance yet of the show blue-balling its fans — which happens frequently, most recently in episode 14.

Thankfully, there are some ways the show can get around this without making a total mess. Some fans theorized that the Scavengers — the people who made Rick fight a zombie gladiator thing and agreed to fight the Saviors if they're provided weapons — are actually the Whisperers before they began to wear the skin of zombies to blend in. Therefore, giving some type of hint that this group will eventually become the Whisperers in the finale could go a long way.

Alternatively — and this is my shot-in-the-dark theory that has no comic book context, mind you — the show could introduce the Whisperers by having them attack Oceanside. It'd be awful timing for the community, which just had all its guns taken by Rick and co. for the fight against Negan, leaving them vulnerable to any attacks. However, that would suitably set up the Whisperers as a menacing new antagonist.

It remains to be seen how, or if, The Walking Dead tackles the Whisperers on Sunday. While we can all agree it would be an unnecessary introduction, AMC has nobody to blame but themselves — or at the very least, whoever was responsible for that foreboding Instagram post that created a ton of buzz.