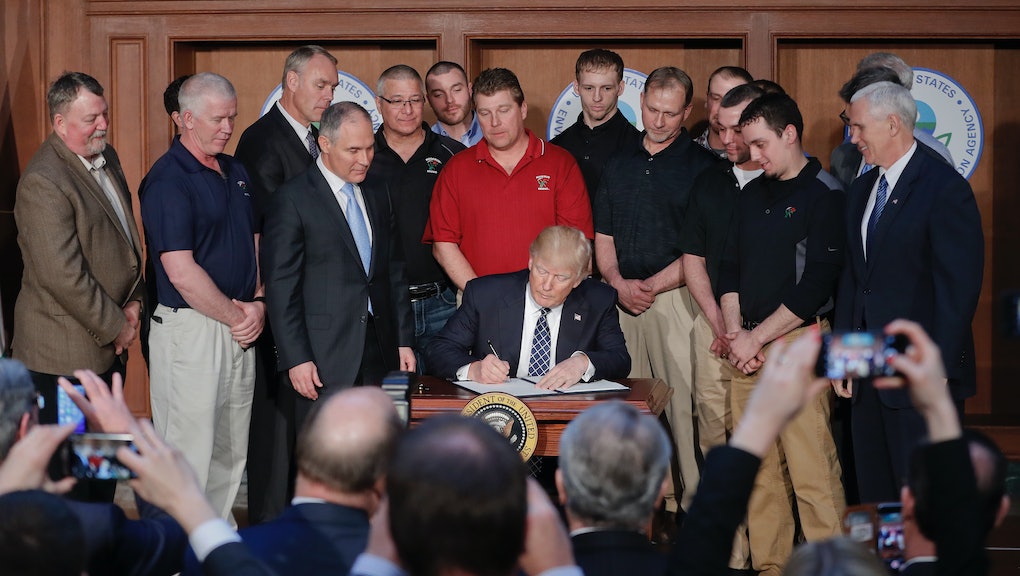 What is "clean coal"? Here's what it actually is — and the case for and against it

"My administration is putting an end to the war on coal," Trump said, standing before a group of coal miners. "We're going to have clean coal. Really clean coal."

What is "clean coal"?

Coal — the dirtiest fossil fuel — can never be truly "clean." But by capturing the carbon dioxide released by burning it, proponents of the energy say it can be "clean enough" to meet the large global demand for coal without severely impacting the environment.

There are several approaches to doing that, such as cleaning the coal before burning or gasifying it into syngas — a mixture of carbon monoxide and hydrogen — which is then cleaned and burned in a gas turbine.

The first large-scale "clean coal" plant in the United States opened near Houston in January. The facility uses carbon capture to pipe carbon dioxide to a nearby oil field, where it's used to force additional oil from the ground. The plant captures 5,000 tons of carbon dioxide per day, according to NRG Energy and JX Nippon Oil & Gas Exploration Corp., which operate the plant. A second U.S. plant in Mississippi is also working to get up and running, but has been plagued by costly problems with its system.

Politicians from both sides of the aisle have been name-dropping "clean coal" for years; both Hillary Clinton and Trump spoke in favor of the concept during the 2016 campaign, and former President Barack Obama cited carbon capture as one of the ways states could meet carbon standards that would be imposed by the Clean Power Plan — another of the climate regulations Trump gutted Tuesday via executive order.

But "clean coal" has been framed as a myth by environmentalists who counter that there is no such thing as clean coal and that the term is but a marketing tool of the fossil fuel industry.

Critics say that coal can be made "somewhat less dirty," but never really clean and that despite the operational plant in Texas, carbon capture technology has been largely elusive — and expensive.

"Calling coal 'clean' is just this side of a lie, and at best is horribly misleading," Slate science writer Phil Plait noted last July. "Adding that word to the platform is just another fairy tale substituted for science by the GOP."

In shifting the focus back to coal, Trump is backpedaling on Obama-era policy, which focused on developing other clean, renewable energy sources. Trump says doing so will make the U.S. more energy independent and bring back coal mining jobs. But the U.S. already relies largely on domestic energy sources, and the mining jobs were lost not because of regulation, but because of automation.