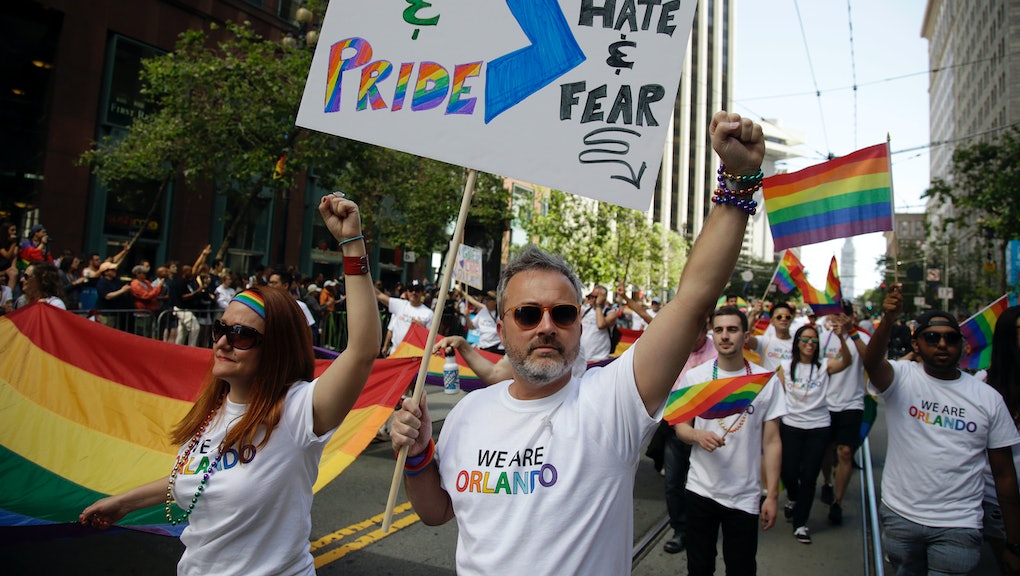 The Trump administration won't count LGBTQ Americans in the next census

The Trump administration won't add questions about sexual orientation or gender identity to the 2020 census, meaning that LGBTQ Americans will continue to go uncounted by the survey that's intended to be the "leading source of quality data about the nation's people," according to the census website.

A draft from earlier this month of the administration's plans for the 2020 census had included a proposal to add questions about sexual orientation and gender identity, the Huffington Post reported, but in the final report that the administration submitted to Congress this week, those subjects had been removed.

In a statement released Tuesday, the National LGBTQ Task Force, an advocacy group, said that the brief, and apparently accidental, inclusion of sexual orientation and gender as proposed census subjects indicated "that data collection on these categories may have been in the works in an earlier version."

But using the decennial U.S. census to gather data about LGBTQ people in the U.S. could offer vital information and help ensure LGBTQ Americans get the services they need.

"LGBTQ people are not counted on the Census — no data is collected on sexual orientation or gender identity," Meghan Maury, criminal and economic justice project director of the National LGBTQ Task Force said in a statement from the organization.

"Information from these surveys helps the government to enforce federal laws like the Violence Against Women Act and the Fair Housing Act and to determine how to allocate resources like housing supports and food stamps. If the government doesn't know how many LGBTQ people live in a community, how can it do its job to ensure we're getting fair and adequate access to the rights, protections and services we need?"

The U.S. Census and the yearly American Community Survey have never included questions about sexual orientation or gender identity, the Huffington Post reports. The census does count the number of "same-sex unmarried partners" but does not count LGBTQ people in the U.S.

In a statement shared by the Washington Blade Tuesday, the census bureau said that "the Subjects Planned for the 2020 Census and American Community Survey report released today inadvertently listed sexual orientation and gender identity as a proposed topic in the appendix ... The report has been corrected."