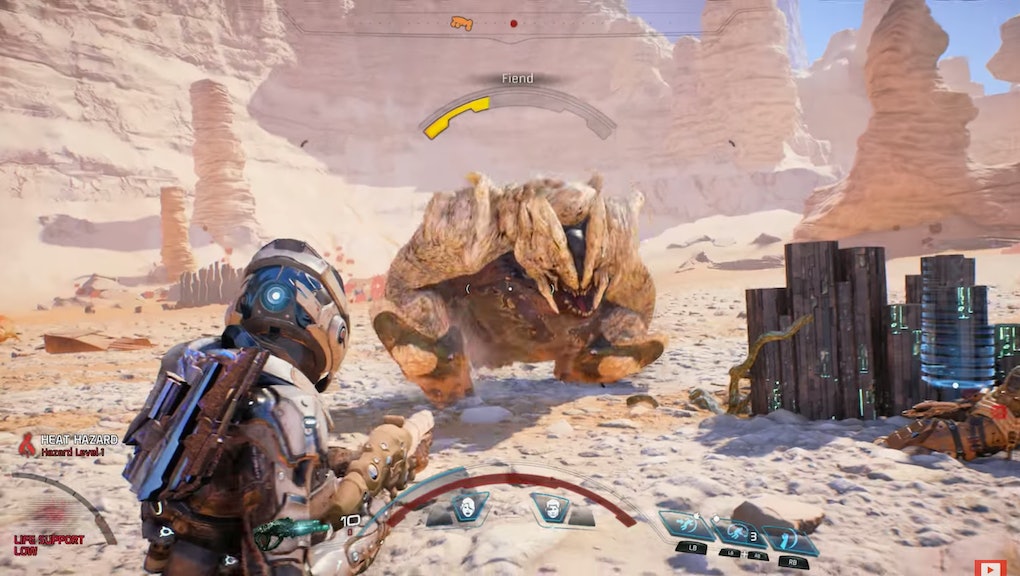 How to Use Consumables in 'Mass Effect: Andromeda': Full guide for multiplayer, campaign

Whether you're a Mass Effect veteran or you're green as a newborn drell, there's a heck of a lot of new information to absorb in Mass Effect: Andromeda. That's particularly true when it comes to the game's combat. You've probably been so busy trying to master your jetpack, combat profiles and all those fancy new abilities that you totally forgot about your consumable items. And now you can't remember how to actually use them.

For some reason, it's a slightly different process for single player versus multiplayer. Here's how to use consumables in both modes.

How to use consumables in Mass Effect: Andromeda single player

In order to use consumable items in single player, first you should make sure that you have consumable items equipped. You'll do this when you're selecting your loadout — which you do before embarking on a mission, at forward stations and at the loadout station aboard the Tempest.

In order to use these consumables in battle, bring up the weapon wheel by tapping the touchpad on PS4, hitting tab on PC or hitting the view button on Xbox One (the button that looks like two overlapping rectangles).

In the upper half of the wheel, you can swap your weapons, but the bottom half is devoted to your consumables. Select the consumable you want, close the wheel, and voila.

How to use consumables in Mass Effect: Andromeda multiplayer

Consumables work slightly differently in multiplayer. The four basic items you can use during combat — first aid packs, revives, ammo packs and cobra RPGs — are automatically mapped to the D-pad. However, you can also equip boosters, which act like one-time consumables that last the duration of the match.

You can equip two boosters per match through the character customization menu within the consumables sub-menu (the one with the lightning bolt icon). Once you select a booster, it will automatically be applied to your character upon the start of your next match.