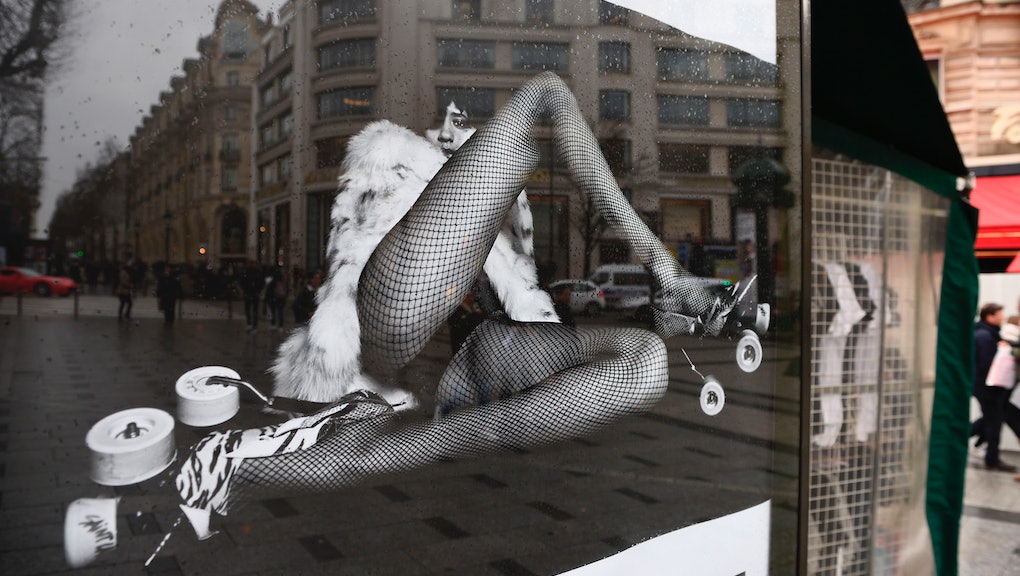 Sexism will no longer sell in Paris.

On Tuesday, the Council of Paris voted for a citywide advertising contract that will ban "sexist and discriminatory" ads, according to Business Insider. Starting Nov. 20, 2017, outdoor advertising company JCDecaux will face a moratorium on campaigns that propagate sexist, homophobic, ageist, ethnic and religious discrimination, along with "degrading" or "dehumanizing" depictions of people and "images that adversely affect human dignity."

In a press release, Paris Mayor Anne Hidalgo explained that peer cities like London and Geneva had already instituted similar measures, and it was time for Paris to take similar steps toward halting the "spread, promotion and valorization of images that degrade certain categories of citizens."

"It [the campaign] ticks all the sexist boxes," Oséz le Feminisme! spokesperson Raphaëlle Rémy-Leleu told the Guardian. "The women are objectified, hyper-sexualized and put in submissive positions."

In her statement, Hidalgo condemned advertising that teaches women that degradation is acceptable.

"The consequences of these degrading representations have an important impact on women, notably the younger ones," Hidalgo said. "They keep sexism standard and help trivialize a certain form of everyday violence."