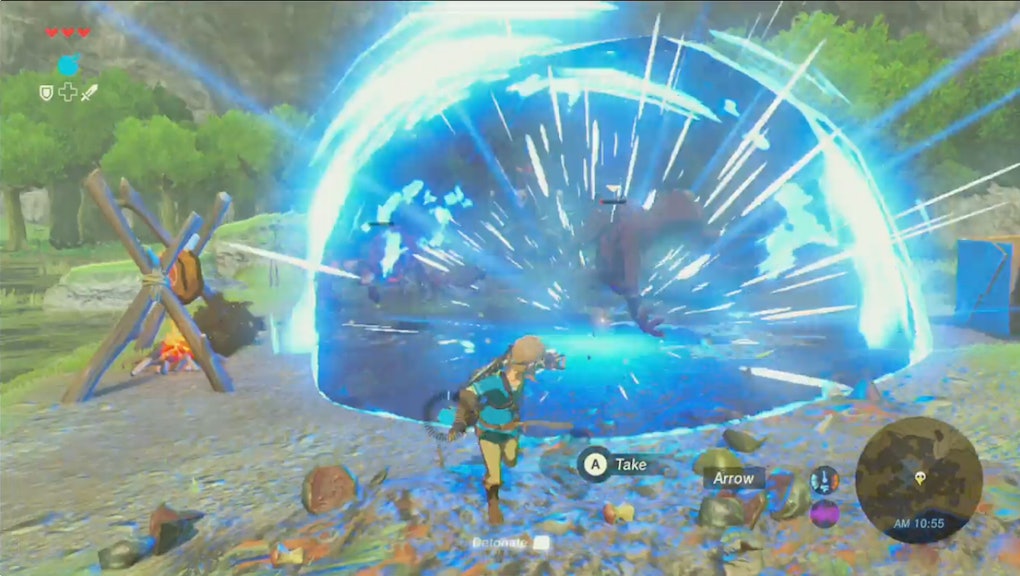 'Zelda: Breath of the Wild' Square Bomb vs. Round Bomb: When and how to use them

With 120 shrines, it's safe to say that Zelda: Breath of the Wild is a puzzle-heavy game. From the start of the game, on the Great Plateau, Link is given a variety of skills to solve these puzzles.

He has the ability to freeze objects in time, to move metal like Magneto and to form ice blocks out of water. Even bombs take a new form in Breath of the Wild, where Link has an unlimited supply and can detonate them remotely.

In addition, Zelda: Breath of the Wild introduces a choice between using rectangular bombs or spherical bombs. One of them is typically better than the other in specific puzzles or scenarios — and if you mess up, it can mean getting blown off the side of a mountain.

Zelda: Breath of the Wild square bomb vs. round bomb: Choosing based on the scenario

Each bomb type has its own advantage. The square bomb is best used for its stability — which is ironic, because it's literally a bomb. You can easily place the square bomb in front of a mineral deposit or a pile of breakable rocks and get away safely before remotely activating it.

These also work in combat if your enemy is not too far from you, as they won't budge much after landing.

The round bombs are better for combat, or at least the initial engagement of enemies. When you throw the round bombs, they'll proceed to roll a bit, giving you the chance to detonate them at the best possible moment. This tactic is incredibly useful when you're looking to fight your first Stone Talus, as its arms are easily destroyed with a well-timed bomb.

In addition, there are puzzles that require the round bombs to be placed or rolled into specific areas. One of these puzzles is a prerequisite for facing the Divine Beast Vah Rudania.

Now that you've learned about bombs, go test them out. Just try not to hurt Link in the process.