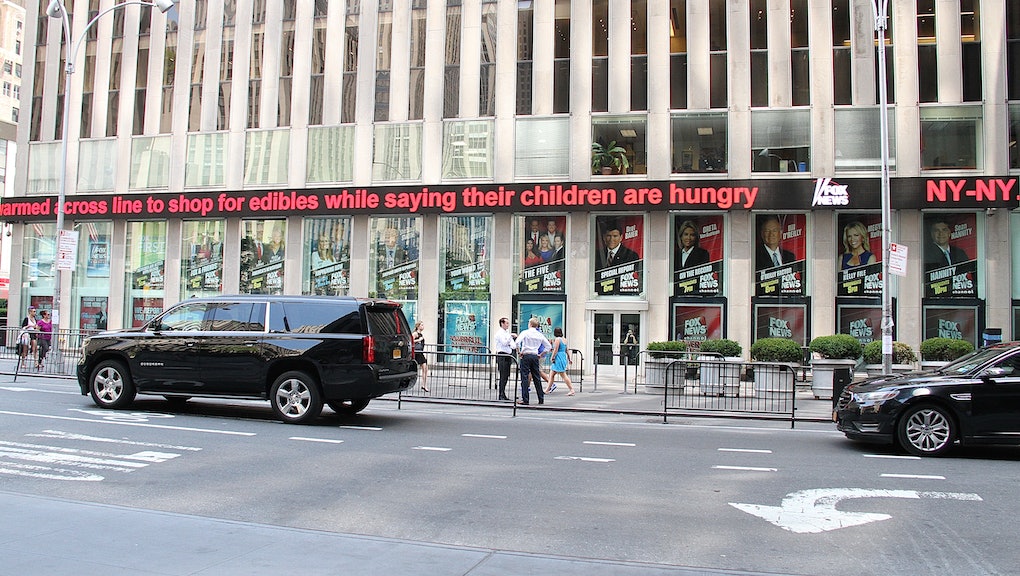 Two black women employees at Fox News filed a lawsuit Tuesday claiming that Judith Slater, the company's former comptroller, subjected them to "top-down racial discrimination" during their time working for her in the payroll department, according to the New York Times.

Tichaona Brown, a payroll manager, and Tabrese Wright, a payroll coordinator, accused Slater of making multiple racist remarks, including claiming that black employees routinely mispronounced words — like "mother," "father," "month" and "ask" — and, at one point, pressuring them to say those words aloud during a meeting.

"We are confident that the good men and women of the Bronx [where the lawsuit was filed] will hold Fox accountable for what we believe to be its abhorrent racist conduct," the women's attorneys said in a statement, according to the Times.

The lawsuit additionally claims that Slater called black men "women beaters," and suggested that black people in general wish to physically harm white people. She also allegedly referred to the majority-black payroll department as the "urban" and "Southern" payroll department. The lawsuit further states that Slater made disparaging comments about Tabrese Wright's hair and credit score, and once asked her if her three children were all "fathered by the same man."

Fox News — a network that's notorious for its racism on-air — is still reeling from the public downfall of Roger Ailes, the company's former CEO, who resigned in 2016 amid widespread allegations that he sexually harassed female employees. Appropriately, Brown and Wright filed their lawsuit on the same day that the hashtag #BlackWomenAtWork began trending on Twitter, highlighting the various ways black women are undermined in American workplaces.

The hashtag was a response to two incidents that happened Tuesday: One was White House Press Secretary Sean Spicer admonishing American Urban Radio Networks correspondent April Ryan, telling her to "stop shaking [her] head" at him during a press briefing.

The other was when Fox News anchor Bill O'Reilly responded derisively to a video of Rep. Maxine Waters (D-Calif.) making a speech.

"I didn't hear a word she said," O'Reilly said on Fox and Friends, chuckling. "I was looking at the James Brown wig."

Fox News told the Times that they fired Slater on Feb. 28, well before the lawsuit was filed on Tuesday.

"We take complaints of this nature very seriously and took prompt and effective remedial action before Ms. Brown and Ms. Wright sued in court and even before Ms. Wright complained through her lawyer," the company said. "There is no place for inappropriate verbal remarks like this at Fox News. We are disappointed that this needless litigation has been filed."