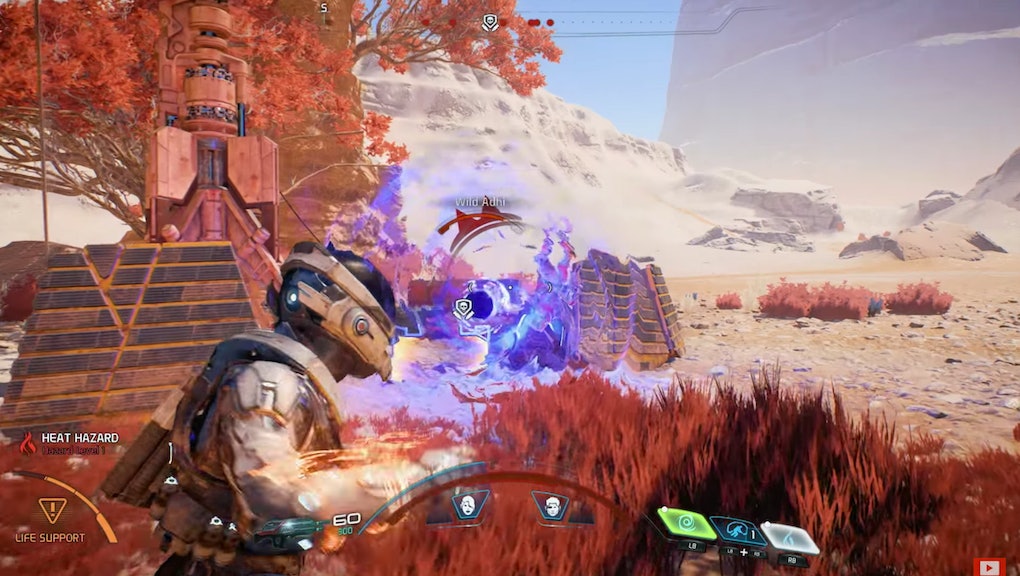 'Mass Effect: Andromeda': How to curve biotic abilities around corners and cover

This is a Mass Effect: Andromeda public service announcement: Did you know you can curve most biotic abilities around corners? Yep. For some reason, it doesn't seem like Andromeda ever really tells you this, but it's a vital thing to know if you're planning on going with a build — in single or multiplayer — that uses biotic abilities.

Struggling to get to an enemy hiding behind cover? Just curve your pull ability over the top of the barricade and — yoink — not so covered anymore, buddy.

If you don't know what we're talking about, check out the GIF embedded above to see this trick in action. Watch how the player isn't actually aiming directly at the enemy with their biotic ability, but it homes in on the target, curving around and hitting them from the side:

Pretty cool, right? Doing this little trick is actually really simple, but it'll take some getting used to. Here's how to do it.

How to curve your biotics around cover in Mass Effect: Andromeda

Mastering this trick requires you to be aware of the way the auto-targeting feature works. In the GIF above, pay attention to the red brackets and health bar that appear near each enemy as the player moves their aiming reticle around the screen.

These brackets let you know which enemy you're currently targeting. You'll stay locked on to them until the game recognizes that you're actively trying to target someone else or you move your reticle too far away from them.

Therefore, if you're targeting an enemy behind cover, aim your reticle slightly above the target without moving so far as to deselect them altogether. When you launch a biotic ability, it will travel on a curved path toward your target rather than traveling in a straight line, allowing you to push or pull them out from behind cover and make them vulnerable.

A few important caveats about curving your biotics in Mass Effect: Andromeda

It's important to note that not every single biotic ability works with this trick. It seems to work with pull, throw and singularity, but not lance. Lance is a high-damage ability, so you'll have to aim it on your own.

Similarly, some tech and combat-focused abilities can take advantage of this trick, too. Play around with your abilities to figure out which ones will auto-target and which require aiming.