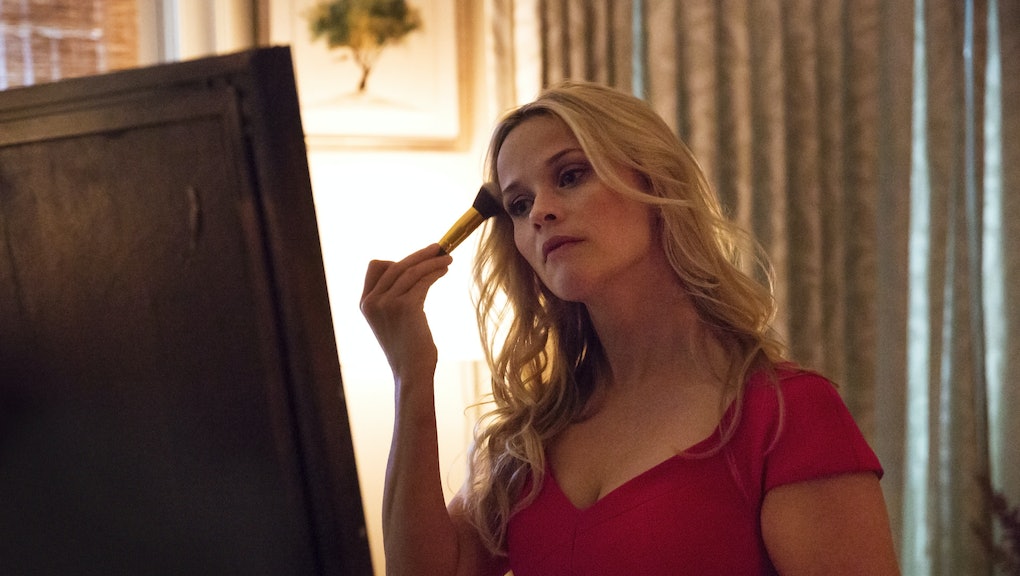 Game of Thrones who?

It may not have fire breathing dragons, self-actualized robots or John Oliver devoting 30-minute segments on chicken farming, but HBO's Big Little Lies has quickly carved out a deeply loyal following within the cannon of prestige television dramas during its short-lived, seven-week stint.

"Madeline's choice of a perfect, floral uniform is a mask for what's going on with her emotionally," the show's costume designer Alix Friedberg said in an interview. "She presents an image to the outside world that she is put together, accessorized, lipstick and hair perfect, that can be easy to hide behind."

"We began with research boards, palettes and prints for each lady," Friedberg explained. "The visual world in which the five main ladies live is so important for the viewer's initial impression of them. They all have so many layers, and it's really interesting to start with a stereotype and watch it breakdown."

As for working with Reese, Friedberg offered nothing but praise. "Reese is a pro," she said. "When she trusts you, it is such an effortless relationship. She will always do what's right for a character. That sounds like a simple thing, but often times personal taste and vanity get in the way. She's also incredible funny and generous — she's a dream to work with."

Below, a comprehensive look at nearly every outfit Madeline wears on the series in chronological order of appearance.

From the hair to the nails to the sunglasses to the jackets to any other "to the" we could add, nobody does pissed off Monterey mommy quite like Madeline Martha Mackenzie.