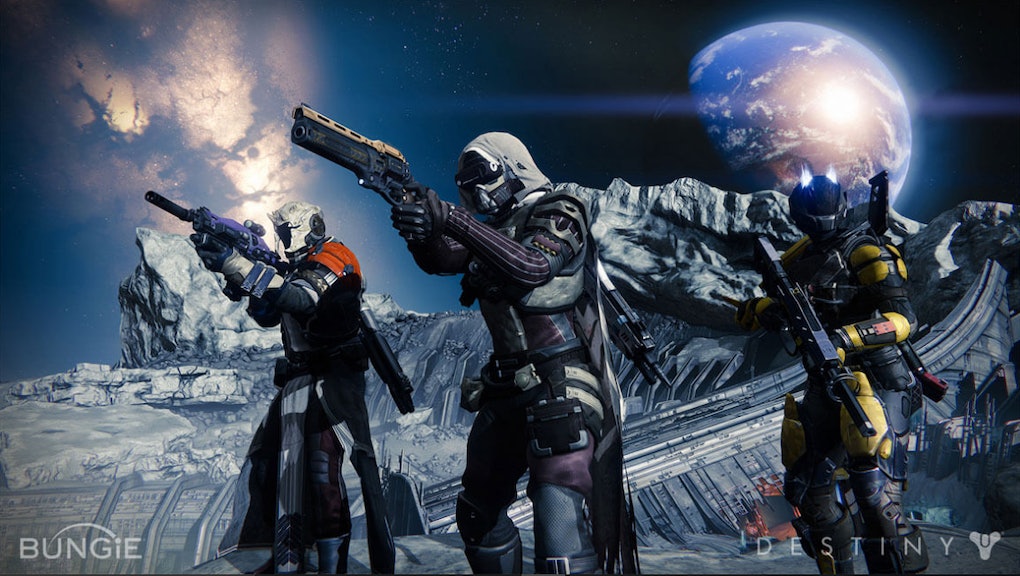 'Destiny' "Age of Triumph" Necrochasm: How to get the weapon using Husk of the Pit

We've still got another day before the Destiny 2 reveal trailer and even longer before the game comes out, but Destiny hasn't gone away. To the contrary, the "Age of Triumph" event is giving players reasons to go back to the game for one last tour of duty before Bungie takes us all to greener pastures later this year.

Part of "Age of Triumph" is the, er, triumphant return of some fan-favorite weapons and raids. In particular, the powerful Necrocasm auto rifle from the days of "The Dark Below" is back. This time, it isn't nearly as difficult to obtain — but it isn't a walk in the park, either.

How to get Necrocasm in "Age of Triumph"

According to VG247, the first thing you'll have to do (just like the first time) is get the trashy Husk of the Pit weapon. This can drop from high-level story missions, Nightfall strikes or from Ogres. Spend enough time in strike playlists and you'll get one eventually.

The objective now is to fully upgrade Husk of the Pit to another weapon called Eidolon Ally. To do this, you'll have to kill a lot of Thralls, the swarming zombie-like Hive enemies. VG247 recommends the "Siege of the Warmind" mission on Earth, which features a prominent, early rush of Thralls perfect for sweeping down repeatedly. Kill enough of them and you can unlock the Cannibalism ability on the gun.

Take Husk to the Speaker and he'll upgrade it to Eidolon Ally and give you some Motes of Light, which are important here. The next step is to play through the Crota's End raid and then kill the boss Omnigul in the Will of Crota strike. Once that's done, use those Motes of Light to fully upgrade Eidolon Ally and take it to Eris Morn in the Tower.

She'll give you Essence of the Oversoul, which will turn Eidolon Ally into Necrochasm. It's time consuming, but with enough dedication, you can do it without having to depend too much on random drops or anything like that. Enjoy your powerful new weapon that won't carry over into Destiny 2.