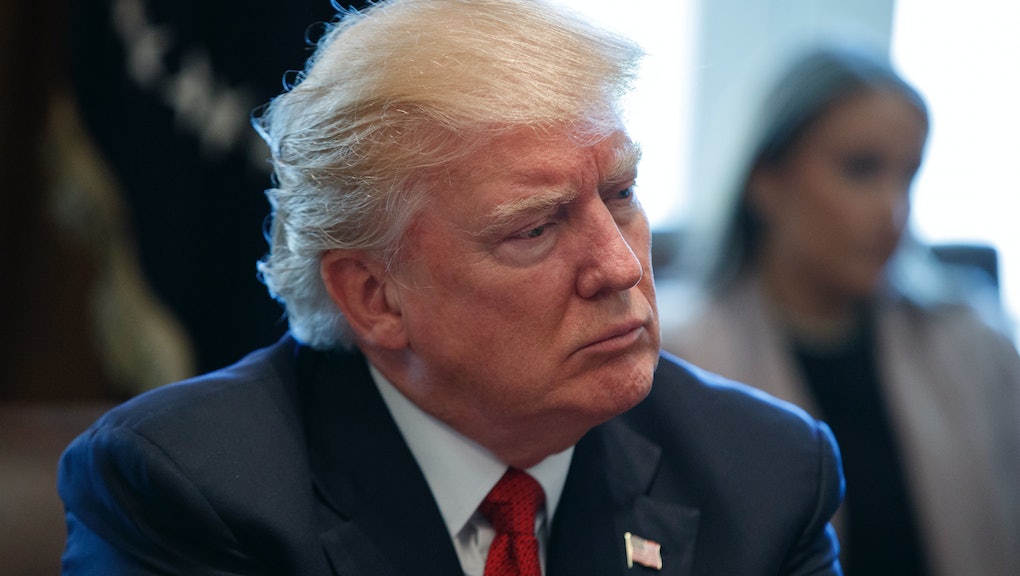 Trump's approval rating is down from 36% earlier this week off the heels of the GOP's embarrassing failure at repealing and replacing the Affordable Care act — a seven-year promise that helped the GOP win both chambers of Congress and aided Trump in winning the presidency.

Nearly two-thirds, or 59%, of Americans disapprove of the way he's handling his job, according to the latest Gallup poll.