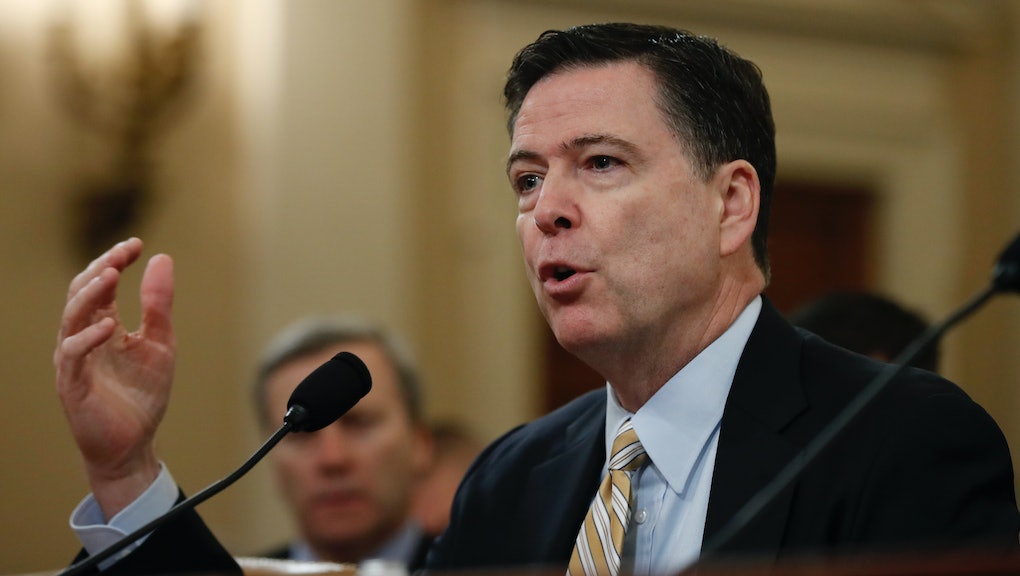 FBI Director James Comey attempted to inform the public about alleged Russian interference in the November 2016 presidential elections months before other law enforcement and intelligence agencies did, Newsweek reported Wednesday.

According to an anonymous source with "knowledge of the meeting," Comey pitched the idea of writing an editorial about what the U.S. intelligence community now says was a concerted Russian intelligence effort to throw the elections in favor of President Donald Trump as early as June or July 2016. Newsweek wrote other senior national security officials as well as officials in former President Barack Obama's White House shot down the idea, saying it would be improper for Comey to weigh in before a concerted effort could be mounted by multiple agencies.

According to the first source, Comey "had a draft of it or an outline. He held up a piece of paper in a meeting and said, 'I want to go forward, what do people think of this.'"

Jarad Geldner, a senior adviser for the Democratic Coalition Against Trump, told Newsweek the revelation raises serious questions as to why Comey proceeded to later publicly reveal details about the FBI investigation into Democratic nominee Hillary Clinton's improper use of a private email server as Obama's secretary of state.

The report raises further questions more immediately relevant to the ongoing FBI, House and Senate investigations into whether Trump or his associates colluded with Russian intelligence assets during the election. Trump recently accused Obama of illegally ordering subordinates to have "wires tapped" at Trump Tower, the real estate mogul's New York headquarters, as part of a conspiracy to derail Trump's candidacy with unfounded rumors about his ties to Russia.

Several prominent Republican officials including House Intelligence Committee chairman Devin Nunes have done their best to reinforce Trump's version of events. Nunes recently traveled to the White House, potentially compromising the independence of his investigation, to return with what he said was knowledge of intelligence reports indicating Obama officials were improperly surveilling Trump.

Yet if Comey raised the Russian connection with Obama officials and was told not to proceed, the logical conclusion is that Obama's administration was trying its best not to inject unproven allegations into the elections, directly refuting Trump's side of the story.