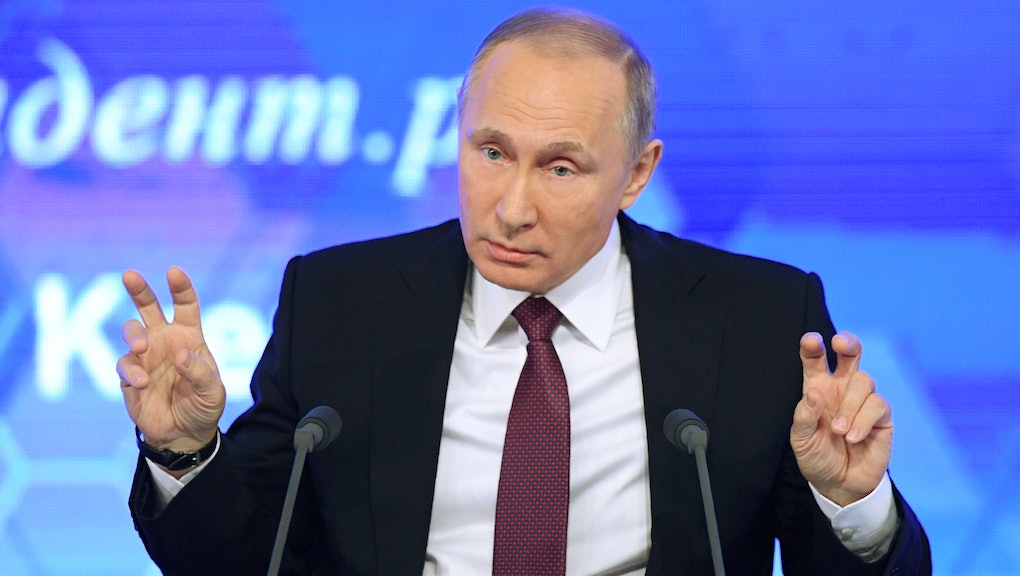 Putin thinks climate change might be good for Russia's economy, and therefore not terrible

When it comes to global climate change, people are generally split into two camps: those who trust the science that says it's real and dangerous, and those who steadfastly downplay its severity — or flat out deny its existence.

But Russian President Vladimir Putin joined a growing third camp on Thursday when he acknowledged that global warming is probably real, but that it could also be a good thing.

During a CNBC panel at the International Arctic Forum, Putin said that while Russia still intends to uphold its commitments to the 2015 Paris Climate Agreement, he believes that climate change will "continue anyway and anyhow."

That might not necessarily be a bad thing, he reasoned, because a warming planet and melting ice in the Arctic region — to which 10% of Russia's GDP is linked — would mean good things for his country's economy.

During the panel, Putin said Russia plans to adapt to the new positions laid out by the Trump administration.

"It is about trying to reach each other half way and seeking trade-offs," he said according to CNBC. "I would not dramatize things and I wouldn't use these global factors for the domestic American political struggle."