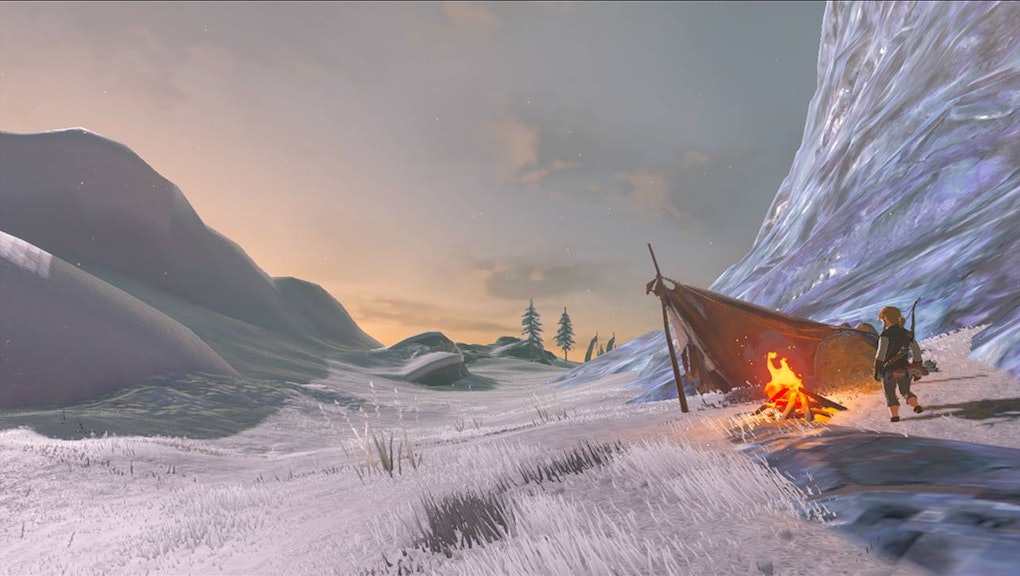 'Zelda: Breath of the Wild' "Secret of the Snowy Peaks" Guide: How to unlock the shrine

In your quest to find all 120 shrines in The Legend of Zelda: Breath of the Wild, it's guaranteed that you're going to get stumped at least a couple of times. Some of these shrine quests are a tad obtuse, after all, and that includes the "Secret of the Snowy Peaks" puzzle. Luckily, we're here to help.

If you haven't even encountered the quest yet, that's understandable. It's tucked away on a solitary mountain in a quiet corner of the map. The area is pretty peaceful, really. Go to where the player icon is on the map below to get started.

You'll find a ruined shack with a diary on the table and a bundle of wood for making a campfire. If you read the diary, you'll find that the shack's former inhabitant was researching a nearby pedestal that glows during certain times of the day. They theorize that you have to cast a shadow on the pedestal during these times to unlock its secret.

The pedestal, which can be found on the side of the mountain to the southeast of the shack, starts glowing for a while starting around 6:00 p.m. in the game world. Your job here is to do anything you can to cast a shadow on it while it's glowing. You can either hold one of the nearby snowballs over your head while looking at the pedestal, or use cryonis to create an ice block in the water pool closest to the cliff. Either method will cast a shadow on the pedestal and unlock the shrine.

This is really a pretty easy shrine quest if you know what to do. Enjoy your new fast travel point and Spirit Orb for your troubles.