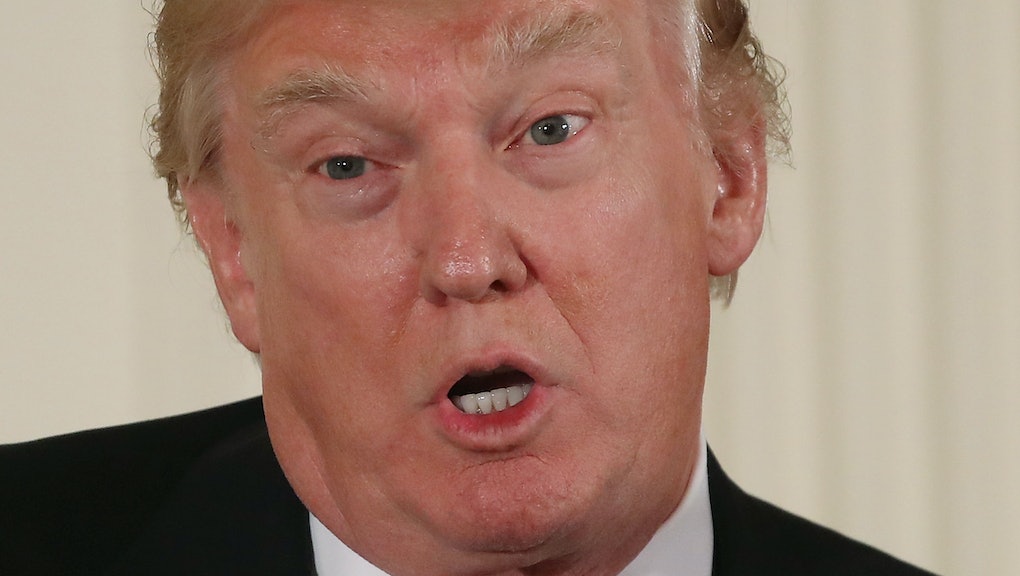 Donald Trump just declared war on members of his own party

In an unprecedented step, President Donald Trump just called out members of his own party, saying the House Freedom Caucus will "hurt the entire Republican agenda" and said Republicans "must fight them" as well as Democrats in the 2018 midterm elections.

Trump's tweet comes after the Freedom Caucus — a conservative flank of Tea Party Republicans in the House — helped tank the American Health Care Act on Friday, embarrassing Trump and the Republican Party.

However the Freedom Caucus was not the only group of Republicans against the GOP plan to repeal and replace the Affordable Care Act, former President Barack Obama's signature domestic achievement.

Moderate Republicans also ran away from the bill, which only had a 17% approval rating among voters.

Without the Freedom Caucus, Trump cannot pass any legislation unless he receives help from Democrats. And if Trump sees even more legislative defeats, it could make his already abysmal approval rating sink even lower — potentially hurting his own party's chances in the 2018 midterm elections.

Other Republicans appear to have already come to that conclusion. Sen. Bob Corker, a Republican from Tennessee, called out Ryan for discouraging congressional bipartisanship on Thursday morning.

In a veiled jab at Ryan, Corker tweeted: "We have come a long way in our country when the speaker of one party urges a president NOT to work with the other party to solve a problem."