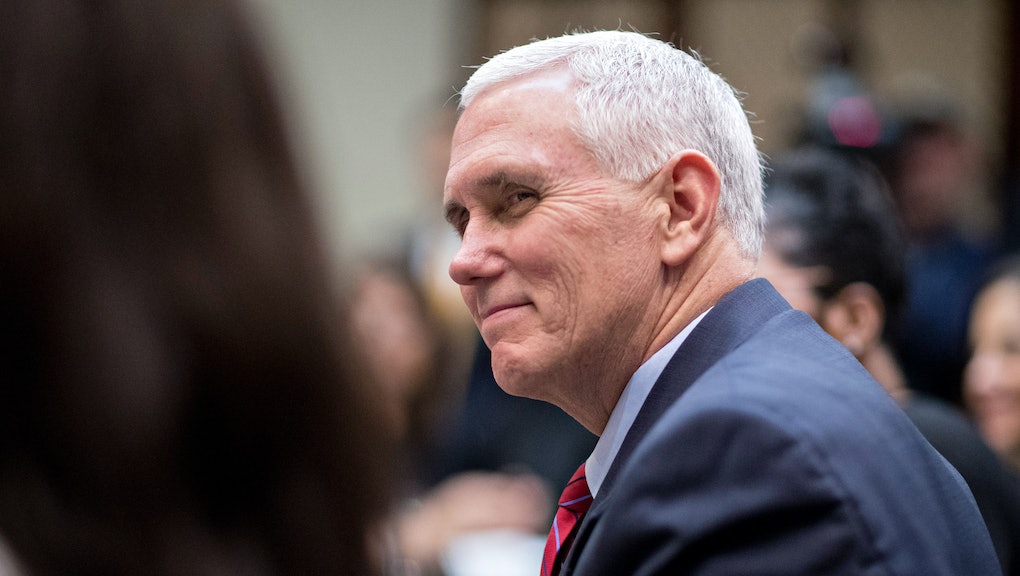 Thursday afternoon, the Senate voted on legislation that would allow states to withhold federal funds from abortion clinics like Planned Parenthood, rolling back a rule from Barack Obama's presidency that banned states from doing just that.

Vice President Mike Pence was the deciding vote, both in a procedural vote earlier that morning and in the final vote to advance the bill.

Planned Parenthood representatives couldn't help but see the irony in Pence voting to defund their clinics just a day after he attended a "women's empowerment" panel alongside the president.

"Mike Pence went from yesterday's forum on empowering women to today leading a group of male politicians in a vote to take away access to birth control and cancer screenings," Dawn Laguens, executive vice president of Planned Parenthood Federation of America, wrote in a press release.

The Title X family-planning program whose funds the Senate vote moved to strip helps finance cervical and breast cancer screenings, birth control, testing and treatment for STIs and well-woman exams — not abortion. Blocking federal funds from supporting those services means over 4.1 million Americans could go without them, according to Planned Parenthood's website.

Low-income Americans could suffer the most from these restrictions, since nearly 90% of all people who seek out Planned Parenthood's Title X services have incomes below 200% of the federal poverty standard.

"This would take away birth control access for a woman who wants to plan her family and her future," Laguens said. "Too many people still face barriers to health care, especially young people, people of color, those who live in rural areas, and people with low incomes."

The outcome of the bill is now up to Trump, who's already pledged to defund Planned Parenthood, promised to overturn Roe v. Wade and reinstated the Global Gag Rule. We can guess which way he'll swing on this one.