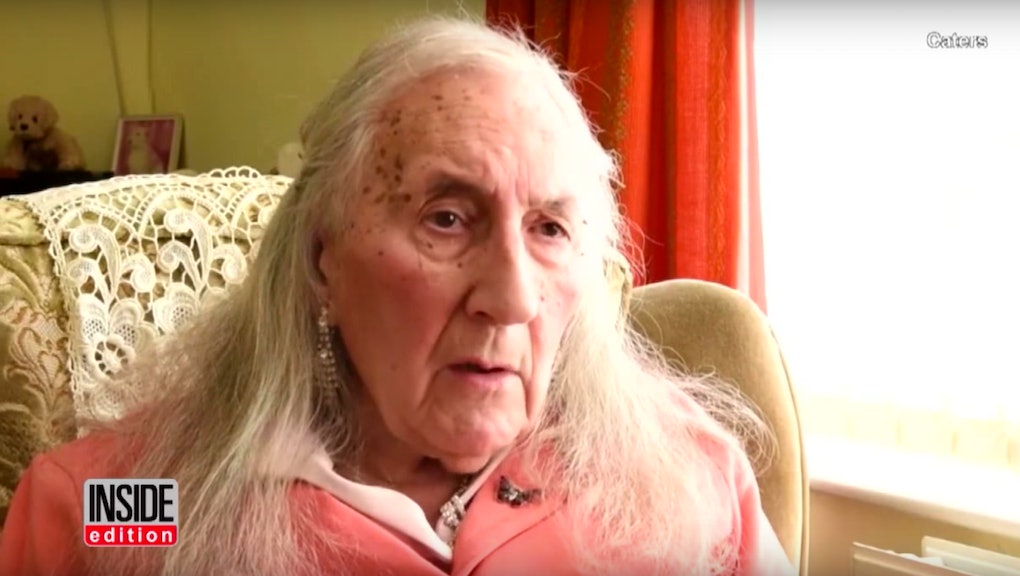 Ninety-year-old World War II veteran Patricia Davis has introduced herself to the world.

The Leicestershire, England, resident, who served between April 1945 and April 1948, came out as transgender at 90-years-old, the New York Post reports. Davies said she's known her gender identity since she was a toddler.

"I've known I was transgender since I was three-years-old. I knew a girl called Patricia, and I decided I wanted to be known by that name but it didn't stick," Davies told Caters News, according to the Post.

Now that she's taking hormone treatment to transition, she says she feels like "a weight has been lifted off my shoulders. I was living a lie."

Davies said she kept her identity secret for fear of being forced to undergo electric shock treatment or face social ostracism.

"The atmosphere [around being transgender] was not safe. People did not understand what transgender was," Davies said.

Davies came out to her wife of 63 years — who passed away six years ago — in 1987. Her wife bought her dresses and jewelry to wear in private. Teenagers who once saw her in heels, threw eggs at her window.

"She was very sympathetic and helped me all the way, but we agreed to keep it quiet," said Davies.

Davies said her trans identity would've barred her from serving in the army, because she would've been marked as gay.

However, she's "quite proud" of her time served in the military.

Davies said she first learned about her trans identity from watching the romantic comedy TV series Boy Meets Girl, from the 1960s, which had transgender characters. Of course, there are more LGBTQ characters on TV now than ever before, even if Hollywood still too often casts cisgender actors in transgender roles.

Davies says the abundance of trans characters on TV makes her feel safer.

"It's not 100 percent safe now but it's much better than it was. People that I have told seem to be very accommodating and haven't thrown abuse at me," she said.

She added, "I have a new lease on life."