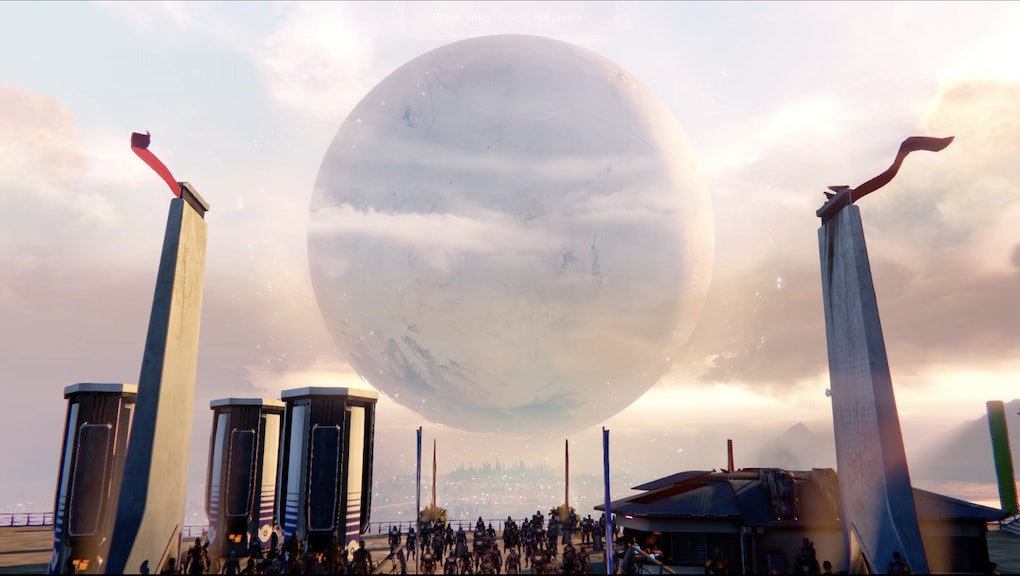 'Destiny' "Age of Triumph" Quest Rewards: What awaits at the end of the Speaker's quest

"Age of Triumph," the latest (and last) update for the original Destiny before Bungie starts really gearing up for Destiny 2, features updated raids, new quests and another chance to get the Necrochasm. It's meant to be a culmination of the "best" parts of Destiny — a last hurrah, if you will.

Since the event has launched, the Speaker at the Tower will have a very special quest for you. If you've participated in previous events, you know the drill: complete the quest, and get cool loot. But what's the quest, and what can you get?

Read on below to find out.

Destiny "Age of Triumph" quest rewards: What are the rewards for beating the Speaker's quest chain?

According to PlayStation Universe, the Speaker's quest will task you with completing tasks you've probably done many times before in your tenure as a Guardian: you'll have to complete weekly story missions, complete patrols and fight in either the Court of Oryx or the Archon's forge before moving on to even tougher challenges like completing Heroic Strikes, the Challenge of the Elders and a single Nightfall Strike. The Nightfall Strike and Challenge of the Elders are going to be especially tough since you're not able to take advantage of matchmaking.

However, if you finish all of the Speaker's requests, your reward is a new set of special "Age of Triumph" armor — it's got a special design and is mainly blue and gold-colored, with white lights highlighting parts of it. Maybe not the most impressive reward for your service to the Tower and the last City, but if you're (like us) unable to round up enough people to take on the new and improved raids, it's good enough as a consolation prize. Plus, none of your gear carries over to Destiny 2 anyway, so we wouldn't worry too much about anyone getting a leg up on you in the Crucible post-switch.