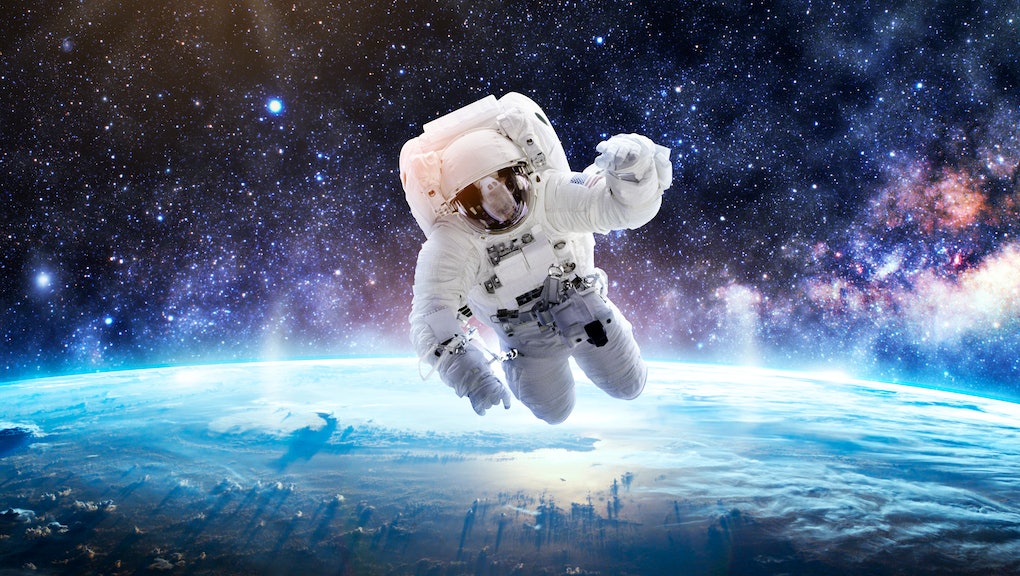 Humans have been gazing up at the stars since before the dawn of civilization. We intrinsically seek to know the unknowable and discover the mysteries hiding in the great beyond, and also those closer to home. How did our planet and the universe as a whole come into being, and what will be its fate? What lies in the vast expanse of space, waiting to be discovered?

Thankfully, Netflix is home to a trove of Earth and space documentaries that answer these questions and many more.

This list of documentaries is listed in spatial order, starting with our own blue planet and finishing at the fringes of our universe. We'll start by listing documentaries that speak to the physics governing our weather and planetary movement, as well as those that tackle Earth's biological components.

From there we'll move to our oceans and then to Earth's core before shooting out toward the moon. Slingshotting our way around it, we'll continue outward to learn about the secrets of our solar system before floating into the void of deep space to discover the marvels of supermassive black holes, gamma ray bursts, dark energy and matter and everything else humanity has learned about the cosmos.

So buckle up and prep for booster ignition as we navigate through our list of Earth and space documentaries on Netflix in 2017.

From pole to pole and everything in between, Planet Earth takes a look at our home and the creatures in it. This 11-episode series examines the oceans, mountains, fresh water rivers, caves, deserts, icy habitats and the plains of Africa, jungles and forests. Planet Earth is not only visually stunning, but also incredibly informative.

Human Planet covers every corner of the globe, focusing primarily on how humans are able to live in each major region. How do humans exploit the seas, find water in the desert, stay warm in the Arctic and find game in the high mountains? These are just a few of the questions Human Planet answers. If you're looking for a documentary that explores the connection between humankind and their planet, this is the one for you.

Earth's rotation around the sun has more of an impact on life on the surface than you might think. This documentary breaks down the three major components of our planet's celestial journey — spin, orbit and tilt — into separate episodes that explain how the various components affect our lives, from the ebb and flow our oceans and the size of its waves to the severity of our seasonal climates.

Filmed over the course of four years, Earth From Above focuses on the ecological challenges our planet faces and its vast array of biodiversity, from microscopic organisms to the largest animals. Earth From Above spends a great deal of time covering the importance of water, going into detail on how it has helped shaped our planet's physical landscape, the threat our waters face and how to protect it.

How did the earth come to look the way it does now? That's the primary questions Forces of Nature seeks to answer. The four-episode series is broken into separate themes that tackle shape, the elements, color and motion.

Indochina is an incredible region worth exploring, and that's exactly what Indochina's Wild Heart does. The two-episode series focuses on Cambodia and Vietnam, looking at their respective ecosystems and environmental conditions.

Even if you've been to France, you'll almost certainly learn something new about the country in Wild France with Ray Mears. The six-episode series dives into France's geography, zooming in on the country's flora and fauna from the French Alps to the Brittany Coast and the forested landscape of Cévennes to the marshy Camargue. If you love all things France, this is the documentary series for you.

Seeing a glacier up close is majestic enough, but watching them melt and shift via time-lapse photography is something else entirely. In Chasing Ice, environmental photographer James Balog faces the blistering cold to set up his equipment as he works to document the world's changing glaciers. The final shots prove his efforts were well worth the trouble.

What will happen to the world as our glaciers continue to melt? David Attenborough aims to answer exactly that and more as he travels throughout the world's polar regions, covering vast expanses of Arctic tundra and even climbing into glacial crevasses as he investigates what rising temperatures will mean for those who live on the frozen surface.

10. Encounters at the End of the World

This documentary focuses on the South Pole and explores much of Antarctica's dangerous terrain.

The ocean is a vast and expansive habitat home to all types of sea life. There's a lot going on beneath the waters, and Life in the Blue captures spectacular footage of all the creatures, big and small.

Beneath the calm surface of our planet lies a deadly and tumultuous reservoir of magma. Sometimes, that magma finds its way to the surface in the form of volcanoes, and when they erupt, it's a beautiful if not terrifying sight. Into the Inferno gets up close and personal with these majestic phenomenon, capturing stunning views of eruptions and lava flows while also exploring how volcanoes tie into spiritual and religious practices.

Neil Armstrong may have been the first man on the moon, but Gene Cernan was the last. The Last Man on the Moon recounts Cernan's incredible journey to the moon and back and how his rise to fame changed his life. This documentary also includes plenty of archival footage.

14. Secrets of the Solar System

There's still much scientists don't know about deep space, including our own solar system. This documentary rewinds time to see how scientific advances have shaped our understanding of our neighboring celestial bodies, turning the clock forward to today to see which views have been shattered, and which ones have persisted.

Advancements in space exploration were booming during the lunar missions, but in the last several decades it's slowed significantly. Now, scientists are looking to the future to see what possibilities might lie on the horizon.

Black holes aren't just a thing from science fiction, but a real-life phenomenon that occurs throughout the universe. They range from infinitesimally small to impossibly large, with supermassive black holes threatening to swallow up everything in their path. This documentary studies these scientific wonders to see how they help create galaxies, as well as destroy them.

Gamma ray bursts are a common occurrence in space, but that doesn't mean they're not dangerous. These explosions can be so powerful they can wipe out entire star systems. The Real Death Star breaks down the science behind gamma rays and how they can impact life as we know it.

Neil deGrasse Tyson unravels the mysteries of the universe in one of the most captivating space documentaries of all time. From the moment of the Big Bang to life as we know it today, Tyson flips the pages on his Cosmic Calendar to explain how it all happened. If you're looking for a comprehensive overview on the universe and all that's within it, Cosmos: A Spacetime Odyssey is the documentary for you, and with 13 episodes in all, it's the perfect binge watch.

In this six-episode series, Tyson examines the scientific discoveries surrounding space in the last 50 years, spending considerable time on mysterious topics of dark matter and dark energy. Tyson grapples with the hard questions, like whether life originated on Earth or if it came from another planet, and explains string theory, higher dimensions and more.

20. Edge of the Universe

In the three-episode series Edge of the Universe, astronomers look at death-trap planets, asteroids, comets and other cosmological wonders. They talk on the increasing rate of discovery of planets orbiting distant stars, positing whether an Earth-like discovery could come next. But Edge of the Universe goes much further than that, using background radiation from the Big Bang to analyze size and shape of the universe, and also its fate.