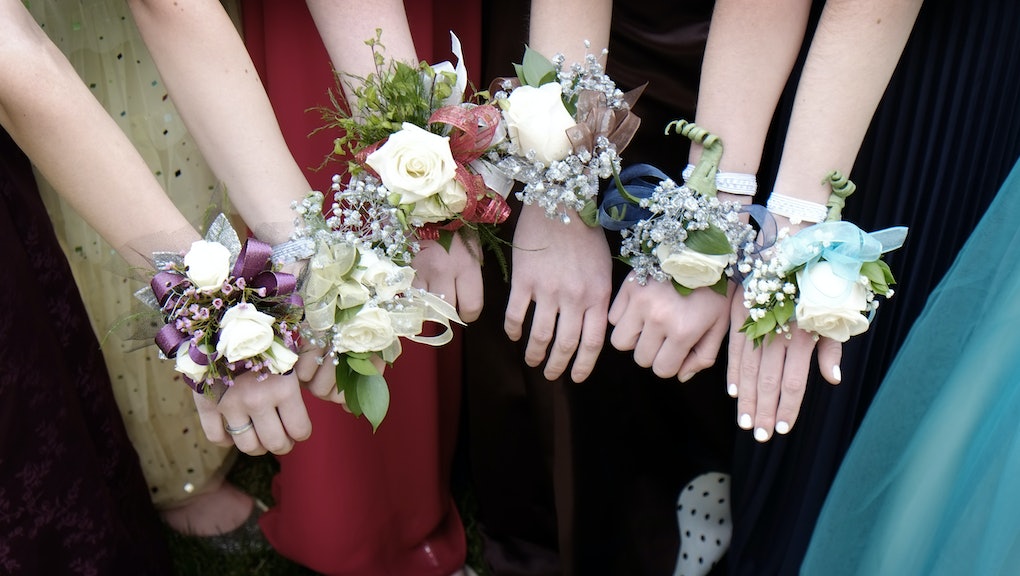 It's prom season, which means teens are once again engaging in that ritual of mildly coercive one-upmanship known as the promposal — and, unfortunately, also being super racist about it.

The latest appears to be from a group of teens from Monarch High School in Coconut Creek, Florida, who asked their black friend to go to prom with them using a sign with a racist joke about slavery. According to Elite Daily, she said yes.

"You may be picking cotton," the regrettable sign reads. "But we're picking you to go to prom with us."

The image was captured off Instagram by Jon Aro, a singer from Boca Raton, Florida, who posted it to his Twitter account, where it went viral. Aro didn't immediately respond to request for comment via Twitter. You can check it out below, if you must.

(Editor's note: Because their ages could not be verified, Mic has blurred the presumed teens' faces to protect their identify.)

Twitter users tried to track down the accounts of the women in the picture, but they are now unsurprisingly deleted.

Racist promposals are nothing new, and tend to make the rounds each year. In 2016, there were several memorable instances, including an Austin, Texas senior who wore a burqa with a sign reading "prom would be the bomb with you." Clever. The popular Twitter account Son of Baldwin also posted this regrettable invitation, which invoked fried chicken and Kool Aid.

Listen, teens: We understand that summer's around the corner, and you're chomping at the bit to move on to bigger and better things. But racist jokes are never funny, even when they're coming from the professionals. For the sake of prom and civil society, if you must make a big ostentatious promposal, stick to memes.