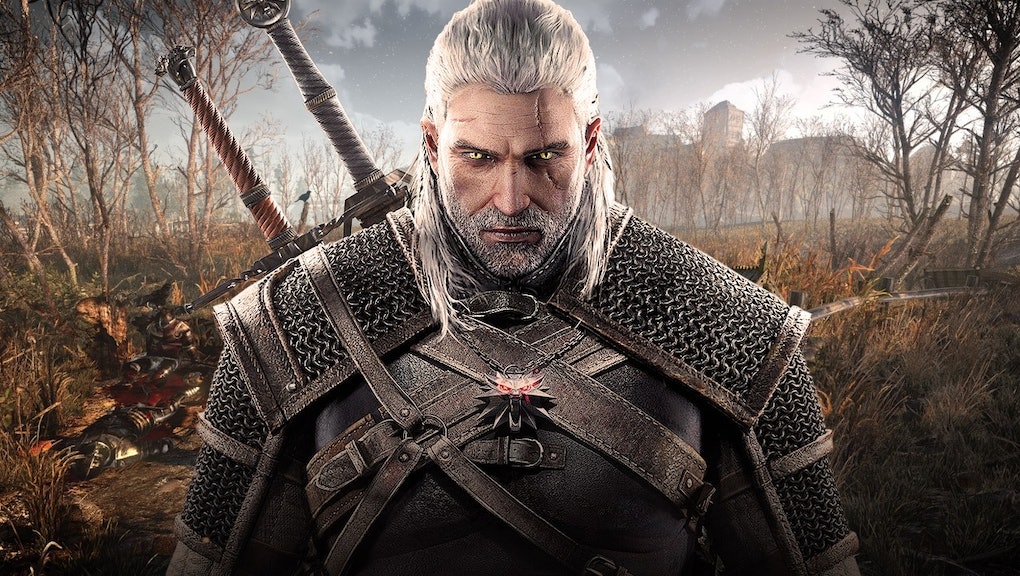 Recommendations are the backbone of any gaming community. Whether it's a conversation between friends, a blog post or a lively thread in an online forum, sharing video games with your peers is an undeniable part of the culture.

On one particular gaming forum, a user by the name of "Jelennuie" started a thread asking for game recommendations "especially for young WNs." They then listed some examples of their own, noting "my two favorites are Dragon Quest 8 and Final Fantasy IX."

Now, this kind of post might seem innocent until you realize that "WN" stands for white nationalist — a synonym for a self-identifying white supremacist or neo-Nazi. So when Jelennuie explained their reason for liking those games was they both have "white lead characters who head off on heroic quests," it didn't come as much of a surprise to the rest of the forum's users.

Welcome to Stormfront, one of the most infamous digital destinations for white nationalist rhetoric. You might have heard of the site before. It's credited as being the first major hate site on the web.

Under the slogan "white pride, world wide," Stormfront users have been advocating for white nationalism since the early '90s when it was created by a former Klu Klux Klan leader. It's on Stormfront's gaming boards that you can find the growing cross-section of white supremacy and online gaming culture.

Jelennuie's thread was created in September 2011, right before the release of The Elder Scrolls V: Skyrim. Plenty of the comments read like run-of-the-mill gaming chatter without any racist sentiment. The comments cover information on the then-new game and older entries in the Elder Scrolls series.

Then, one person jumped in with the following comment and shattered the illusion. "I feel like a happy person again looking at this game and knowing there's still some people in the game developer industry that respects white players," the commenter wrote. "No BS anywhere to be seen, just badass white guys stomping faces — the way its supposed to be."

No one responded, either positively or negatively. The other users simply carried on with their discussion, never acknowledging or refuting the hateful, aggressive statement that was just brought into the thread.

In any other context, you might assume the rest of the commenters simply didn't want to waste their time arguing with a troll, but Stormfront is different. In this case, however, the community didn't bother to respond because the post was simply restating a shared belief that never needs to be explicitly spelled out.

When it comes to discussions of race in Stormfront's gaming forum, this one example is actually pretty tame. Other threads take a much more explicitly racist tone, like this one with the seemingly innocuous title, "Bad news Halo fans."

"It looks like the primary character in Halo 5 is not going to be the much-loved Master Chief and instead some negro Agent Locke," the post reads. "Very bad news."

Another forum that sticks out is titled "Fallout series, can we enjoy it with a clear conscience?" In the post, user White Portugal outlines the question at hand.

After doing some light research, White Portugal outlined two major problems with the series for white nationalists. First, Fallout series creator and early developer Interplay has a founder, Brian Fargo, who is very loosely tied to Virgin Group. The same company operates a chain of Virgin Megastores located largely in "the hellhole known as the Middle East." Second, Bethesda Softworks, the studio behind recent Fallout games, is owned by ZeniMax Media, whose co-founder and current CEO is Jewish.

"So, what do my fellow White Nationalist gamers think?" the post concludes. "Do these connections mean the Fallout universe should remain closed to us? Or not?"

The games that white nationalists love

Discussions like these, focused on how diversity is ruining new video games, are just as common on Stormfront as posts promoting games that align with the community's racist views.

Another game that comes up often on the message boards is The Witcher 3 — purely based on how white the game is. This is mentioned in multiple threads, with one even titled "Anti-Whites are mad because Witcher 3 is 100% White."

You can find similar themes over and over. In another thread about an older game, Star Wars Knights of the Old Republic II: The Sith Lords, a user noted they liked the game because of its nationalist message. Similarly, another post praised the Age of Empires series for turning imperialism into a game.

Fantasy adventure series like The Elder Scrolls or The Legend of Zelda also seem to be popular in these circles – likely because of their simplistic definitions of "good races" and "bad races." For example, one Stormfront comment wonders, "Are the Thalmor the Jews of Skyrim?"

Stormfront is trying to brand racism as representation

The Stormfront gaming community wants its cause to mirror the celebrations of diversity in popular culture — like Kamala Khan in Ms. Marvel, America Chavez in her self-titled comic series and much of the Overwatch character roster. However, the "diversity" white nationalists are advocating for isn't something that needs an advocate. According to a report from 2014, white characters made up about 67% of protagonists in popular games between 2007 to 2012.

White supremacist excitement over white protagonists in video games is an assault on the non-white gaming community. What Stormfront users see as white pride in video games is a perversion and a theft of the representation that people of color seek out.

Can you still play a game that racists love?

It's a strange feeling to discover you have similar gaming taste to a white supremacist. I personally enjoy playing Final Fantasy games, and The Legend of Zelda: Breath of the Wild is already one of my favorite games of all time. That's not going to change, nor would I want it to.

The fact that titles like The Witcher 3 give white supremacists a video game to rally around is a problem because it gives that community something to bond over without directly invoking its racist foundations. However, it's possible to enjoy something while still recognizing its flaws.

Brown and black folks who play these games shouldn't feel guilty for enjoying them. We should push developers to make their games as diverse as possible, but we shouldn't police people of color for playing games that fail to clear that bar.