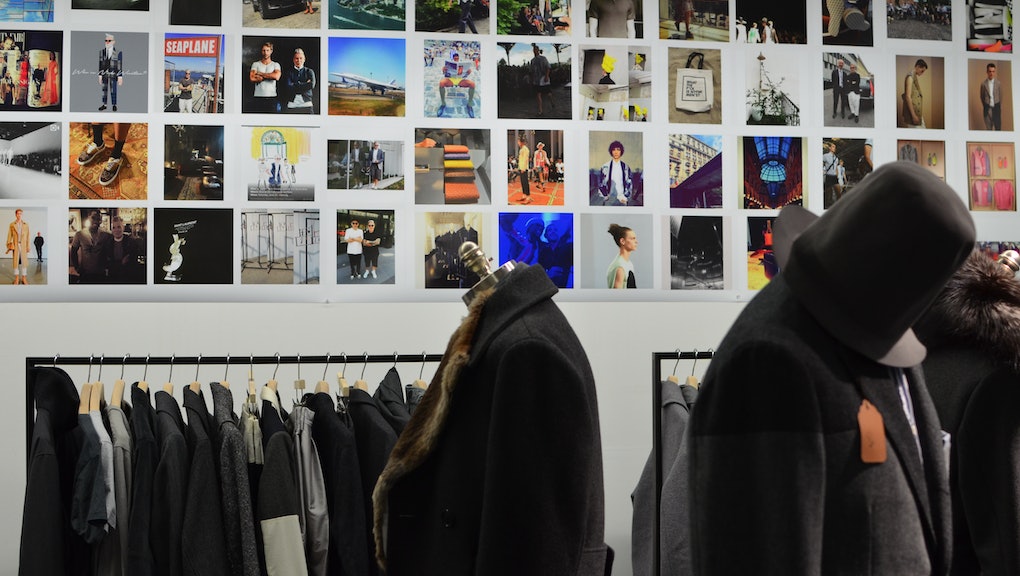 Most people putting half their closet up for sale may not expect huge returns. Then again, Nick Wooster isn't just anybody — and neither is his closet.

In fact, half of his closet is enough to fill-out the pop-up shop he created — with the support of the Hetrick-Martin Institute — in an effort to raise funds for disenfranchised LGBTQ youth.

The celebrated fashion director, who's worked with everyone from Bergdorf Goodman and Barneys to Calvin Klein and Thom Browne, is putting up over 200 items accrued during his 30+ years in the fashion industry.

The pop-up, which will be open this weekend only, will featured discounted clothing from Brooks Brothers, Dries Van Noten, Rick Owens and more.

"The original thought was to go out and find things, try to call brands, and build a pop-up shop," Wooster explained in an interview. "We realized we could plan this for a year and never really get what we wanted. And so I said, 'What if I just did my closet?' And he goes, 'Well, that's kind of what I had in mind but I just didn't want to ask you.' The way I see it: If it all goes, holy fucking shit, amazing."

His bottom line: "Given where we are today as a society, it's insane that in 2017 ... Hetrick-Martin needs to exist, but it does, and it does more than ever."

"LGBTQ youth need to know that they are not alone," Thomas Krever, CEO of the Hetrick-Martin Institute, said in an interview.

It can feel incredible lonely and isolating to be LGBTQ, to look around and not easily see other people or identify with people that look like you. And looking at a young person and saying, 'You matter, we see you, we care.' Events like this show young people that people with access, people with privilege, will show up and will stand with you — just look at HB2 in North Carolina, when the wallet is used for a force of good.