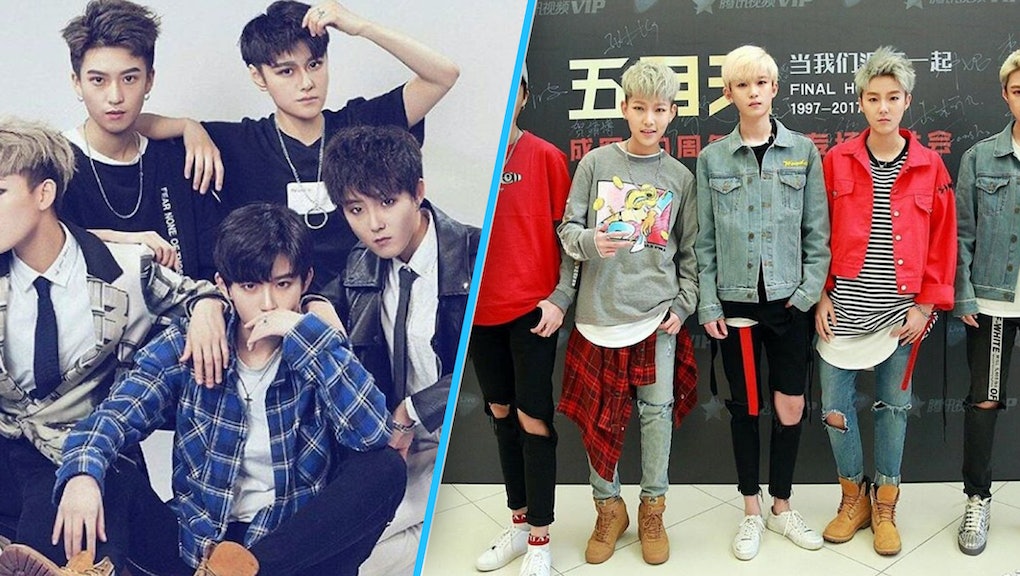 In March, Acrush, considered one of the hottest new "boy bands" in China, came out to their hundreds of thousands of fans as being a band made up of women mostly in their early 20s, according to Quartz.

According to what the group's agent told Quartz, it seems that much of the gender play in the group's aesthetic is intentional. Unlike the schoolgirl aesthetic that many girl groups in China adopt, Acrush look and dress handsomely. The A in their name stands for Adonis, the ultimate embodiment of male beauty in Greek mythology, their agent Zhou Xiaobai told Quartz.

Zhou said that they are a "group advocating freedom, not bounded by frames."

The band's adoring fans, mostly women, chat them up on Weibo — often described as China's equivalent to Twitter — and other social media sites. Zhou says he asks the group members to reply to every message to show gratitude to fans. The group avoids using the words "boy" or "girl" and instead uses the genderless term "meishaonian" which means "handsome youths."

Zhou said he began looking to form an androgynous pop group in March of 2016, hoping to capitalize on the fame of androgynous star Li Yuchun. Zhou said few women wanted to take the risk, but after a few months he ended up with the group's five members: Lu Keran, An Junxi, Peng Xichen, Min Junqian and Lin Fan. Lin, 18 years old, is the youngest.

The group, formally known as FCC-Acrush, belongs to a brand known as the Fantasy Football Confederation. As part of that brand, they must learn to play soccer and make it part of their stage performances to show they are "sunny, healthy and full of positive energy," Wang Tianhai, head of Zhejiang Huati Culture Communication Co. Ltd, the company behind the brand, said.