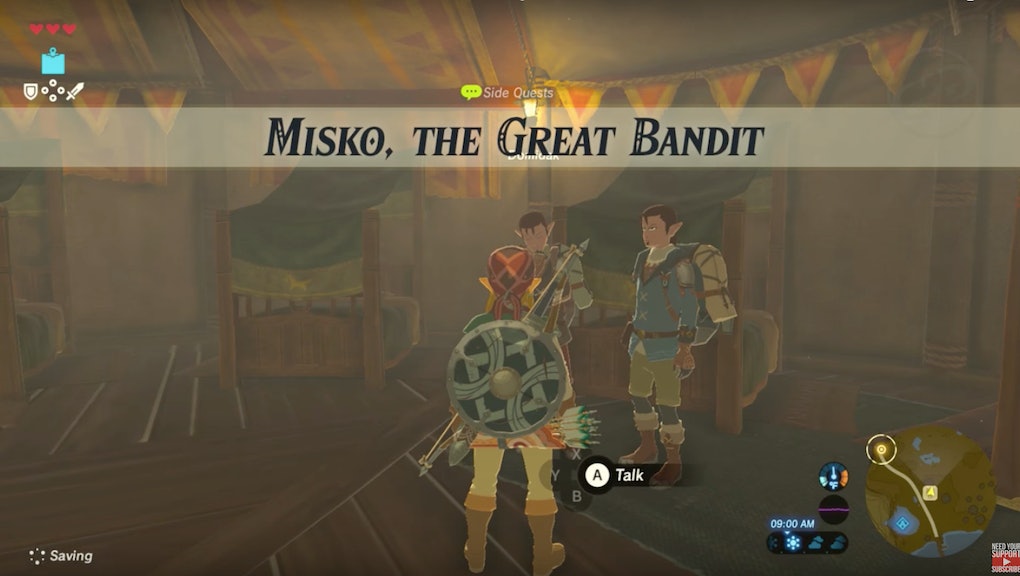 'Zelda: Breath of the Wild' "Misko, the Great Bandit" Guide: How to solve the side quest

Side quests in The Legend of Zelda: Breath of the Wild offer players extra tasks to complete after they've conquered Ganon — or before if you're not in a rush to save Princess Zelda. One such quest is Zelda's "Misko, the Great Bandit." It may not be readily apparent how to best the bandit quest in Breath of the Wild. Here's what you need to know.

Conquering the great bandit quest isn't hard at all, Gaming Since Gaming on Youtube. First, you'll want to teleport to Ha Dahamar shrine and head to Dueling Peaks stable to the east. Head inside and talk to Domidak and Prissen. They'll accuse you of being nosy, but talk to them again. After paying them 100 rupees they'll tell you what you need to know: the location of Misko's treasure. This is Zelda, though, so you get a mysterious clue instead of regular directions.

"The little twin steps over the little river," says Domidak. "My cave rests above that river's source."

Hearing this will trigger the start of the side quest. Make your way out of the building and head towards the southernmost part of Hickaly Woods. The location is south of Dueling Peaks stable, very close to the Toto Sah Shrine. So if you've unlocked it, you can just teleport to that shrine.