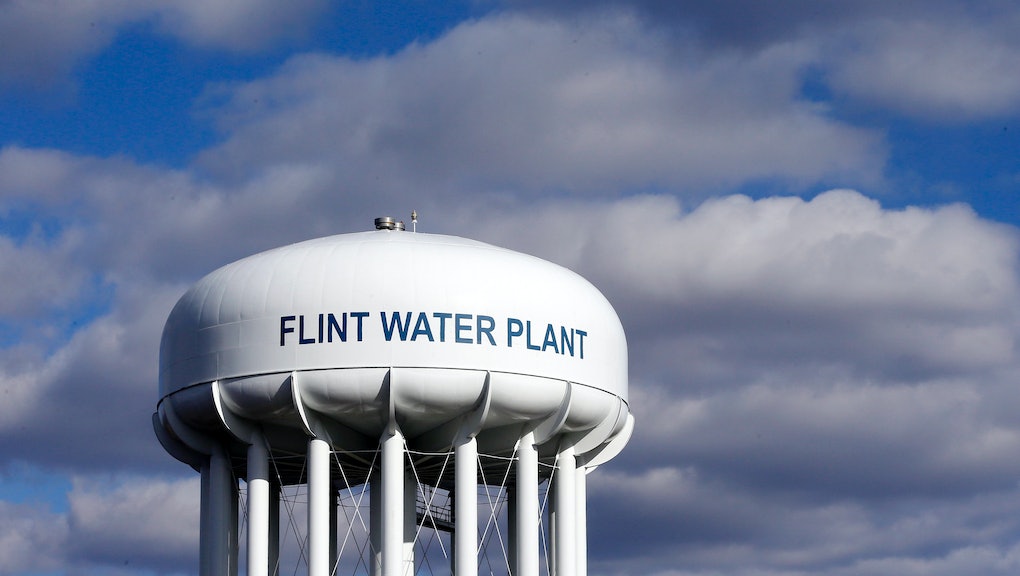 The state of the Flint water crisis, by the numbers

According to court documents released on Tuesday, the state of Michigan will set aside $97 million over the next three years to replace the lead-ridden water lines that currently service at least 18,000 homes in beleaguered Flint.

The settlement, approved by U.S. District Judge David Lawson in Detroit, seeks to rectify the ongoing nightmare that has plagued Flint since 2015, when it was discovered that a state-appointed emergency manager's decision to switch the city's water source to the corrosive Flint River had caused lead to leach into residential tap water.

"For the first time, there will be an enforceable commitment to get the lead pipes out of the ground," Dimple Chaudhary, an attorney for the Natural Resources Defense Council, said in a statement obtained by Reuters. "The people of Flint are owed at least this much."

Below are the statistics on the horrors the city has faced since the ordeal began in 2015 — and what plans to move forward will look like.

Approximate population of Flint, a majority black city in Michigan about 70 miles northeast of Detroit.

The percentage of Flint residents that live below the federal poverty line.

Highest levels of lead, in parts per billion (ppb) found in samples of Flint's water. The EPA's limit is 15 ppb.

Number of Flint residents to sign a class action complaint against the EPA for negligence in April 2016.

The number of days Flint's water was considered "toxic and highly corrosive," according to that complaint.

Months that Flint city officials went knowing about the potentially toxic water residents were using, but not acting on it.

The number of Flint children ages six and under who were exposed to toxic lead levels.

The amount of money the state of Michigan will set aside over the next several years to finally replace Flint's water lines.