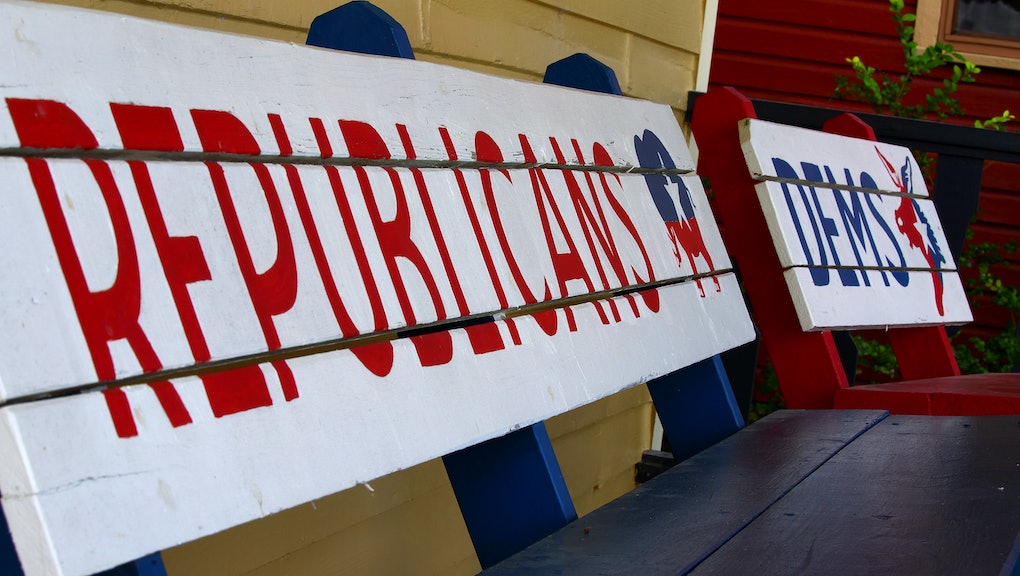 It would appear white Republicans are about twice as racist as white Democrats.

At least according to data from General Social Survey conducted and analyzed by the National Opinion Research Center at the University of Chicago, the Washington Post reported. "The GSS found that across several categories, the gap between white Republicans and Democrats, when it comes to racism against black people, was wider in 2016 than any year since the survey began including the questions."

Some of the more shocking results include the proportion of respondents who believe black people are more likely to live in poverty due to their lack of willpower and motivation: 55% of white Republicans and 26% of white Democrats.

Another question, as to whether blacks are inherently lazier, revealed 42% of white Republicans agree, compared to 24% of white Democrats.

Yet the gap was considerably smaller when it came to intellect — 26% of white Republicans and 18% of white Democrats believe black people are less intelligent.

More than two times as many Republicans polled thought a more qualified white person would likely be passed over for a job or promotion in favor of a black person, with 16% of white Republicans and 7% of white Democrats agreeing.

And to what extent do all these biases translate into how much you don't want a black person marrying into the family? Again, more than two times as many Republican respondents do not like the idea, with 26% of white Republicans and 12% of white Democrats saying they were against a relative marrying a black person.

A number of indicators show these racial biases in action. Blacks, for example, consistently earn less than whites — and every single other race — according to U.S. Census Bureau data.

The criminal justice system also reveals some of these entrenched biases. Around one in three black men will be sent to prison at some point in their life. Even though people of color account for around 30% of the American population, they make up around 60% of the incarcerated population.

The GSS, launched in 1972, "has been monitoring societal change and studying the growing complexity of American society," according to the University of Chicago's NORC website. It does this "in order to monitor and explain trends and constants in attitudes, behaviors and attributes."

In keeping with these themes, the current political climate renders these results somewhat predictable. When it comes to racism among whites, the widening divide along party lines coincides with a bitter election year and the emergence of extreme right-wing populism in the U.S., which has targeted many minorities and women.

Researchers from the University of Massachusetts, Amherst, pointed out in a paper that race and gender were central parts of the dialogue from candidates in the 2016 U.S. presidential election.

"Trump's willingness to make explicitly racist and sexist appeals during the campaign, coupled with the presence of an African-American president and the first major party female nominee, made racism and sexism a dividing line in the vote in this election," the paper wrote. "This led less educated whites, who tend to exhibit higher levels of sexism and racism, to support Trump, while more educated whites were more supportive of Clinton."