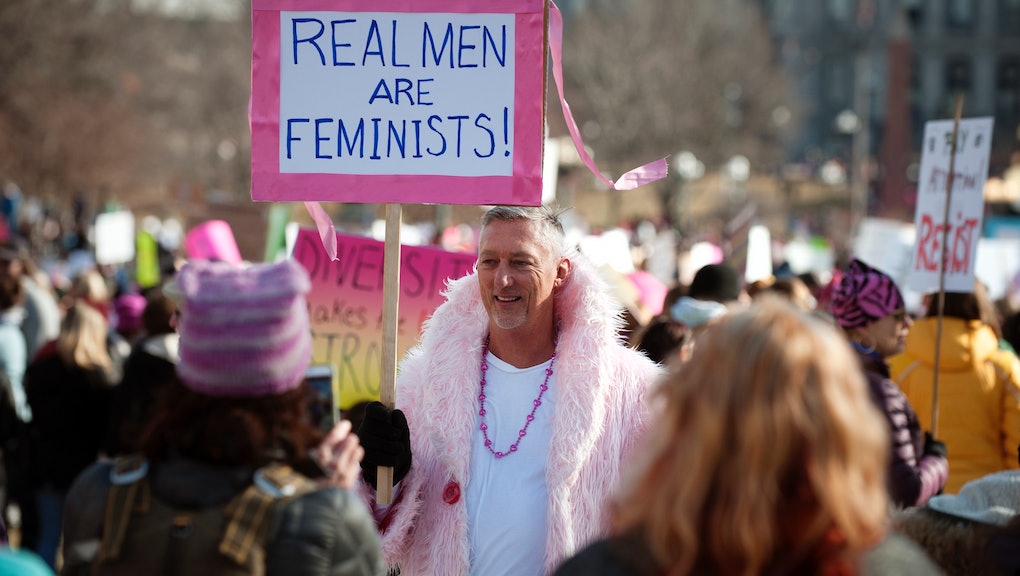 Millennials are all for gender equality — but men, less so than women

When it comes to women's place in the world, a new study says millennial men's views may not be as progressive as we'd like to think.

Research from the Council on Contemporary Families shows that despite Americans' overall "tremendous increase" in support for gender equality, men ages 18 to 25 have some antiquated ideas about women's role in domestic life.

After 2000, the number of men belonging to that age group began to agree more strongly with the idea that it's "much better for everyone involved" if the man is the breadwinner and the woman is the caregiver in a household. As of 2014, about 45% of millennial men endorsed that statement — as compared to, say, 1994, when fewer than 20% of men 18 to 25 agreed with it.

Likewise, there was a spike in 2014 of the number of male millennials who think a preschool child would "suffer" if their mother worked.

The study's author, Nika Fate-Dixon of the Evergreen State College, wondered if the findings might be indicative of a downturning trend of millennial men rejecting the "feminist goal" of gender equality both at work and at home.

The notion that millennial men — even those whom extoll feminist values — might secretly harbor sexist ideas is an anxiety Fusion writer Nona Willis Aronowitz explored in her piece "Meet the Woke Misogynist."

In the piece, Aronowitz recalled her experience going on a date with a self-identifying male feminist who ends up breaching her physical boundaries and making unwanted sexual advances. The whole ordeal prompted her to put out a call to other women: Does anyone else know any "woke misogynists"?

Invariably, they did — and identified "woke misogynists" all across the spectrum, from readers of feminist zines who were also physical abusers, to "feminist" male bosses who patronized female employees.

Fate-Nixon's research seems to confirm Aronowitz's suspicions that many male feminists may not be as supportive of equality as they're letting on.

"Now that feminism has become more fashionable, it's harder to tell who our true allies are," Aronowitz wrote.