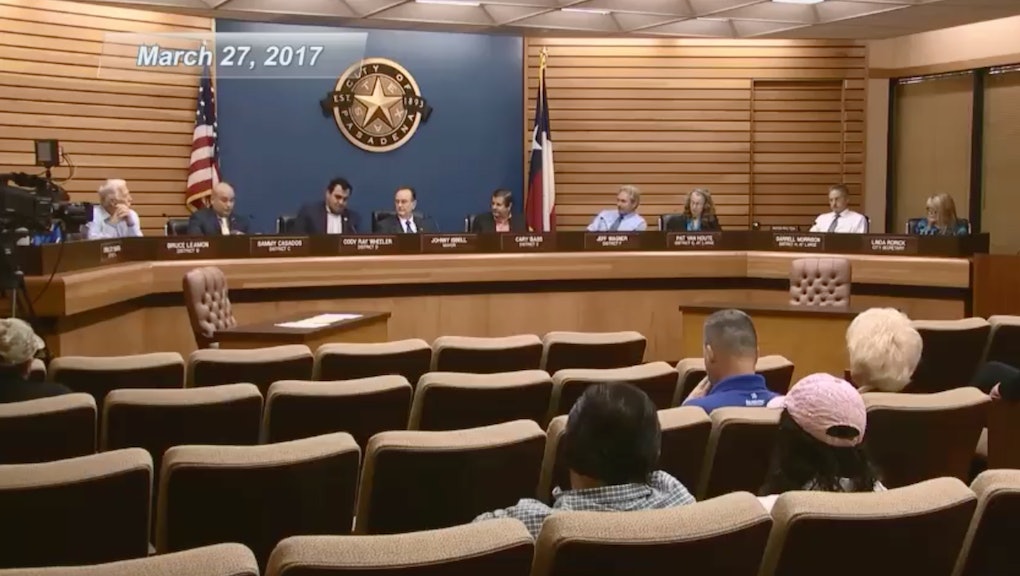 Despite apologizing on Tuesday, Isbell maintained his comment was not racist. He said it was "inappropriate," but asserted there was "no racial component" in his mind when he made the comment.

"Having spent years involved in sports and coaching and in the military, saying 'hurry up, boy' is simply something that you might say to expedite an action," Isbell said in a statement to the Chronicle. "It's a term I have used with friends and with family. I was not trying to disparage anyone in any way."

In the original video, posted to Facebook, Wheeler asks to speak on the issue of delinquent tax collection. Isbell rushes Wheeler, saying, "Well, you better speak up, boy."

"I felt where it came from," Wheeler told the Chronicle on Tuesday. "I think for him, the damage is done. I think people are just really, really tired of him."

Wheeler did not immediately return Mic's request for comment.

After the exchange, Wheeler tries to tell Isbell that he's being disrespectful and asks Isbell not to call him "boy" again, which Isbell interprets as a threat.

A long racist history exists of white men using "boy" to address men of color — especially black men — in a demeaning way. Martin Luther King Jr. mentioned it in one of his many letters from a Birmingham jail, describing a symptom of living with racism: "Your first name becomes 'nigger' and your middle name becomes 'boy' (however old you are)."

According to the Chronicle, Pasadena's largely Latino north side feels "largely neglected" by local government, and a federal judge recently found that a change in voting districts discriminated against Latino residents.