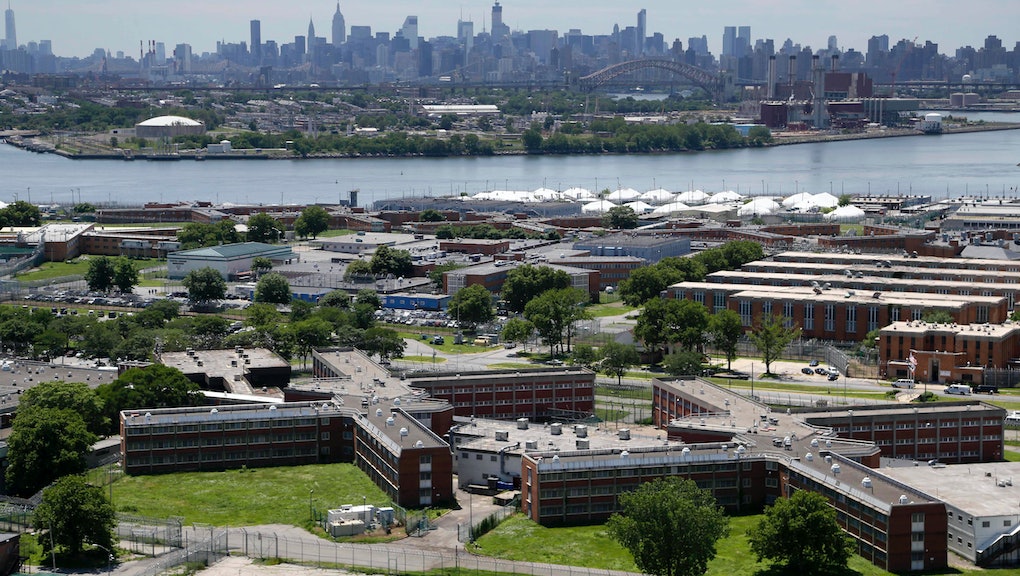 The Rikers Island jail complex, one of the United States' largest jails, is one step closer to shutting down for good. On Friday, New York City Mayor Bill de Blasio said he supports a plan to close down Rikers Island within the next 10 years, the New York Times reported on Friday.

De Blasio reportedly agreed to a plan to shutter the massive complex, and said in a news conference on Friday that "New York City will close the Rikers Island jail facility. ... It will happen," the Times reported.

Rikers Island, a complex of 10 separate jails that houses as many as 15,000 people at one time, some awaiting trial and some serving sentences, has been plagued by allegations of abuse and rising reports of violence.

Just in the past year, Rikers has been riddled with public scandal and cases of abuse. In September, the city of New York agreed to pay $5.75 million to settle a lawsuit resulting from the 2013 death of Bradley Ballard, a mentally ill man who died after being locked in a Rikers Island cell for six days. He was reportedly covered in urine and feces when he was found.

Also in September, six ex-Rikers correction officers were sentenced to prison for the brutal 2012 beating of an inmate in their care. In August, a corrections officer was charged with raping an inmate.

And then there was the high-profile case of Khalif Browder, who in 2010 was sent to Rikers at age 16 after being accused of stealing a backpack. He was held at Rikers for three years without a trial, and he spent almost two of those years in solitary confinement, the New York Times reported. In June 2015, Browder died by suicide in his family's Bronx home.

De Blasio's Friday announcement is a reversal of his earlier position, the Times reported. Last year, de Blasio called closing Rikers a "noble idea" but didn't offer his support — but Friday he appeared to have changed his tune.

The Times reported that de Blasio will likely support a plan that builds on the recommendations of an independent commission assembled last year to study the jail complex. The commission reportedly recommended closing Rikers and opening smaller jails spread out among the city's boroughs; such a plan would cost more than $10 billion.