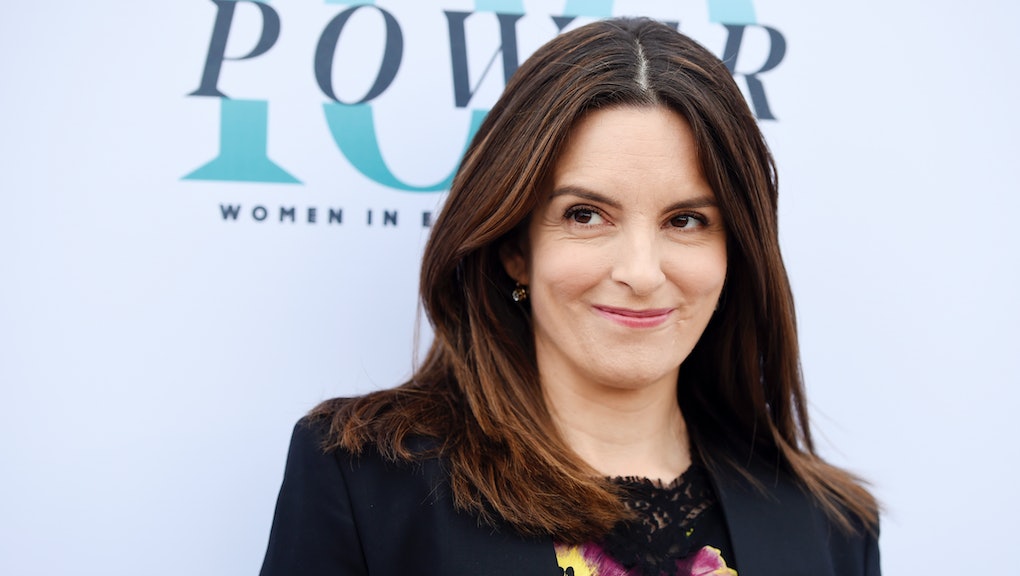 Tina Fey has a message for Trump-voting white women: "You can't look away"

A stinging 53% of white women voted for Donald Trump over Hillary Clinton in the 2016 presidential election, including 44% of college-educated women. Comedian Tina Fey does not think those women get to walk away from what's arguably a garbage fire that they helped light.

At the American Civil Liberties Union Stand for Rights benefit on Saturday, Fey spoke on behalf of the ACLU's Women's Rights Project. She slammed Trump for his sexual assault track record, and specifically targeted the Trump administration's attempts to restrict women's reproductive rights and access to reproductive care.

"A lot of this election was turned by kinda white college-educated women who now would maybe like to forget about this election and go back to watching HGTV," Fey said.

Her message to those college-educated white women who got us into this mess and now would prefer to opt out: "You can't look away.

"Because it doesn't affect you this minute but it's going to affect you eventually," she added. Fey, herself a college-educated white woman, vowed that she would "not look away" or "pretend that things that are happening now won't eventually affect me if we don't put a stop to it."