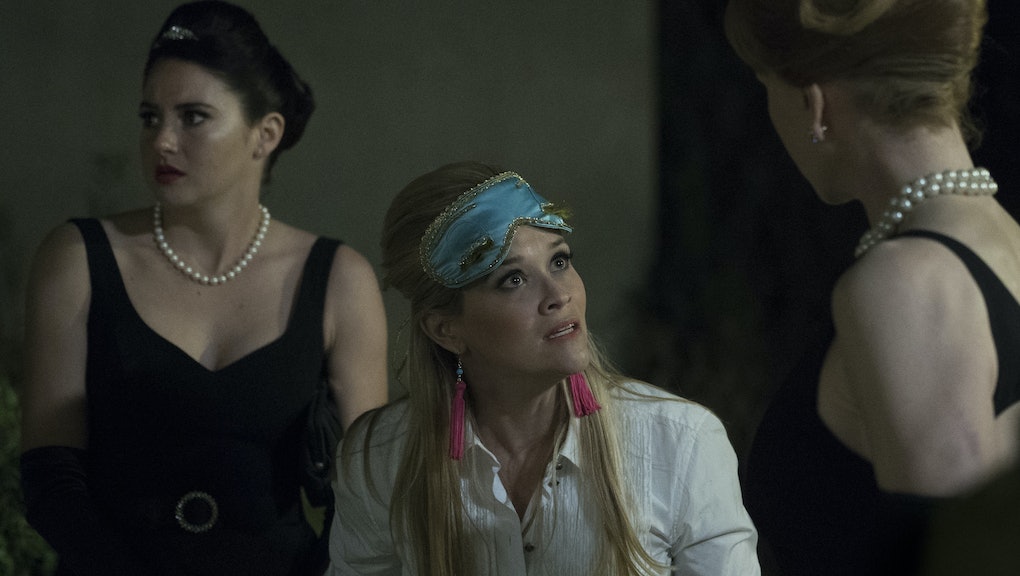 'Big Little Lies' may be over, but this Change.org petition is demanding a season 2

A 15th season of NCIS? Sure. Three more seasons of American Horror Story already greenlit? You bet. But a season two of HBO's Big Little Lies? It seems unlikely.

For some, that's fine; the surprise ending did complete the series' arc, after all. But for others the reality of a television landscape without Celeste Wright's hair or Madeline Martha Mackenzie's outfits is simply unfathomable.

One woman, however, is not taking Vallee's "nah" sitting down.

The show Big Little Lies has captivated audiences for six episodes and the final installment will be broadcast on Sunday, April 2nd. This show is too good to end I don't care how bad Nicole Kidman's wigs are or that there is only one book. We demand — nay, deserve — a second season. ... At the very least, give us a spinoff of Chloe and Amabella as teenage best friends.

The petition was started by Mary Beth Barone, a stand-up comedian in New York. "I see a lot of Change.org petitions for a lot of important things and I thought maybe it would be funny to do it for something that I care a lot about but maybe isn't what you'd usually see on Change.org," Barone said in an interview. "I was chatting with a friend and we said 'Let's just make the petition.' And I don't know if he thought I would actually do it, but I was like 'Wait, all you have to do is put in your email address and write a quick little thing about why? Done.'"

Though Barone did it with a level of facetiousness, she also finds the show to have a deeper meaning than just entertainment. "I personally think the show is important because it has a very diverse female cast," she explained. "It's hard to find a show with that many female characters who aren't defined by their relationship to men. My goal would be to show that there is room for stories like these to be told on TV, a show about women who are dynamic and have flaws but you still root for them. If that's the takeaway from the whole project, then even if we don't end up getting these characters again, there's still positives that can come from it."

Asked how she feels about Vallee's remark putting the kibosh on season two? "I think I understand the desire to keep it in its perfect form," Barone said. "I think a lot of times, especially on U.S. television, we beat our shows to death and we don't let our shows die peacefully, as we can see with something like Grey's Anatomy. I think people would like to watch these characters go on with their lives after this event. I mean, I could watch those actresses on the beach with their kids for seven hours."